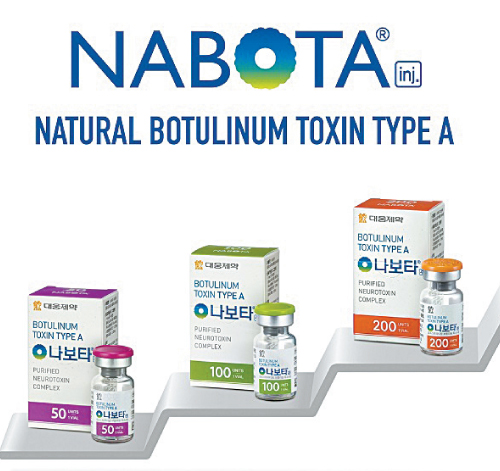 Korean drugmaker Daewoong Pharmaceutical said Thursday that it has won sales approval from the U.S. Food and Drug Administration (FDA) for its botulinum toxin product.

The product, called Nabota, is Korea’s first botulinum toxin product to receive a green light from the FDA for the treatment of frown lines.

The approval will help Daewoong Pharmaceutical make further inroads into the U.S. botulinum toxin market, estimated to be worth some 2 trillion won ($1.78 billion).

“This approval will be a turning point for Daewoong Pharmaceutical to grow as a global drug company,” CEO Jeon Seng-ho said in a press release.

Daewoong Pharmaceutical said its global partner Evolus will be in charge of the sales of Nabota in the United States, which will be marketed under the Jeuveau name.

The company forecasts Jeuveau will be able to compete with Allergan’s products, which currently have a more than 70-percent market share in the U.S. botulinum toxin market.

The FDA approval comes after the product was first introduced in the local market in 2014 for the treatment of facial wrinkles, as well as arm paralysis, by weakening or paralyzing certain muscles or blocking certain nerves.

Daewoong Pharmaceutical said it has conducted three-step clinical studies on more than 2,100 people in the United States, Canada and Europe to prove it is safe and effective. Shares of Daewoong Pharmaceutical closed at 204,000 won, 5.7 percent higher than a session earlier. Local broker firm KTB Investment & Securities expected the pharmaceutical company’s target price could rise to 300,000 won, up from an earlier estimate of 240,000 won.