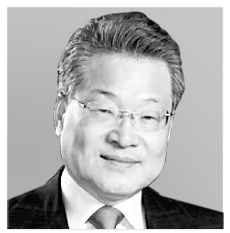 Spencer Kim
The author is a member of the Council on Foreign Relations. He is CEO of CBOL, a California aerospace company, a co-founder of the Pacific Century Institute, and was appointed by President Bush to represent the United States on the APEC Business Advisory Council.

Every year I read a few of what, for me, are classics. On the politics of foreign policy, it is Leslie Gelb’s undervalued article from the May/June 2009 volume of Foreign Affairs entitled, “Necessity, Choice, and Common Sense.” In it he describes the domestic “demons” of U.S. foreign policy that combine to curtail the parameters of possible policies and label anyone not deemed “tough” enough as so far out of the mainstream that they can’t be invited to the next meeting. I suspect my dis-invitations will follow what I have to say below.

Another necessary re-read is William Fulbright’s “The Arrogance of Power.” He wrote that it is the tendency of human antagonists to dehumanize each other, and to implant a preconception of the other as evil, and to then filter every piece of information about the antagonist to reinforce that preconception. And to disregard the other side’s narrative of its hopes and fears as invalid. Therefore, Fulbright concluded, the real danger comes from nations which tend to equate power with virtue and feel self-righteous in forcing their will on others.

I see Gelb and Fulbright’s insights at work on America’s policy “experts” regarding the Korean Peninsula today. Here is the current circular, and dysfunctional, logic at work:

The way to break the cycle, of course, is to be somehow ever “tougher” — negotiating with North Korean leader Kim Jong-un is giving him something for nothing. Only when he proves he is going to surrender by actually completing denuclearization can we be serious in accepting his surrender and relaxing sanctions. Ah, Gelb, how right you were.

Kim Jong-un’s fears for the long-term security of his regime are bogus, he really just wants to decouple the U.S.-ROK alliance so he can take over the ROK (twice as populous and 75 times the GDP.) He doesn’t care if his economy has to rely on the gentle mercies of Chinese largesse; that isn’t part of his calculation for the legitimacy of his coming long reign. It can’t be true that Kim might lighten up on human rights if he feels secure and pursues Asian tigerhood. Ah, Fulbright, you were right, Kim is a dehuman.

The circular logic of toughness and the disregard of North Korea’s narrative are compounded for America’s policy elite by a deep nostalgia for the neatness of the way it is supposed to be — North Korean bad guys out of central casting, “our” energetic South Korean overachievers being guided by wise American counsel backed by American power.

Some in the policy elite, what I might call the Council on Foreign Relations crowd, and I can because I am one of them, are also motivated by their horror at President Trump’s attempted deconstruction of the Post-WWII U.S.-led world order. His cascade of actions, his speech at the UN, and Secretary of State Pompeo’s speech in Brussels, have caused as near to apoplexy as a button-downed elite can get. Anything Trump does cannot, by their definition, lead to sound policy. That includes joining South Korean President Moon in summit diplomacy with Kim Jong-un. Trump is a fool, so the summit diplomacy must be foolish. Moon must be naïve.

The practitioners in the administration, below the president, are caught by the same fixation on toughness, arrogance and nostalgia. Success is being defined as a North Korean surrender under point three of the Singapore formula, complete denuclearization of the Korean Peninsula, before point one, new U.S.-DPRK relations, and point two, a lasting and stable peace regime, can even begin to be addressed. That is the only virtuous path that arrogant power can see. Kim’s resistance to that order of things is ipso facto proof of his evil intent. Trepidation that Trump isn’t so very wise as they are leads his underlings to say privately that they have to keep the parameters of any summits narrow.

But here’s the deal; and here come my dis-invitations.

At its essence, the Korean nuclear issue is what does Kim Jong-un want? He has a potential 40-50 year reign in front of him and profound challenges to his throne. And no matter how much we want to demonize him, those challenges are existential — in the true meaning of that word — and he has to parlay what is essentially a weak hand into decades of stability. He says he wants the legitimacy for his reign to rest on economic development, a “new era” with the South, and a new relationship with the United States and the outside world.

What basket of actions/promises will he believe and accept in order for him to trade away his nuclear arsenal for the pillars of his new legitimacy — if he is indeed willing to trade?

The U.S. policy establishment is incapable of finding out. Only summit diplomacy is going to be able to surmount Gelb’s and Fulbright’s grim insights.

Moon Jae-in is willing to hear Kim out and be flexible — although Moon has remained steadfast that the ultimate solution has to include denuclearization. Moon knows the Korean Peninsula is at a flex point. Our blood ally either moves forward into a “new era” without constant clouds of war, and with hope for a better life for compatriots in the North, or faces the challenges of a dark world of perpetual nuclear threat.

There is no nostalgia in Seoul for the way it used to be. Our energetic South Korean partners now want to overachieve again and ring in a new future. We owe them the chance to try.

The only way for that to happen is for Moon and Trump to thrash it out with Kim. Kim knows, and I suspect that Moon knows, too, that they can never go bottom up through the Gelbian and Fulbrightian brambles.