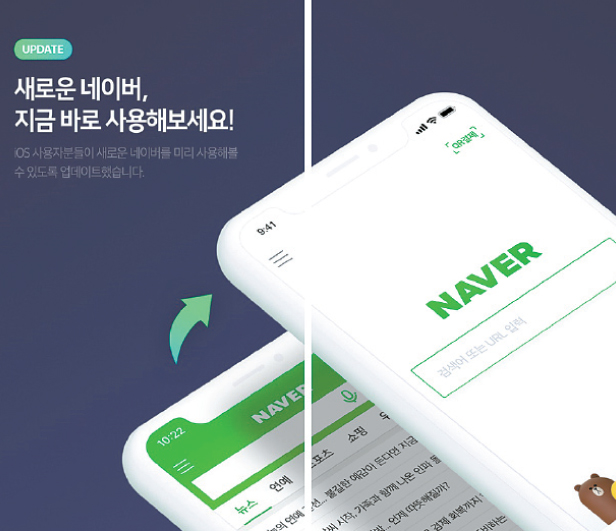 Naver is beginning the transition away from its busy homepage in favor of a simple, Google-like experience.

But the portal will allow users to continue to opt for the original interface.

The first option - the existing homepage - has news articles and a rolling bar of trending keywords. The alternative is just a search box in the center and some weather information below.

The busy, information-packed page created problems in the past as it became the target of manipulation in the Druking opinion-rigging scandal. Naver announced a face-lift of its main page last year.

The dual-track solution - dubbed the “dual-app” - is being offered to smooth the move to the emptier page for customers used to the traditional Naver experience.

Naver hasn’t announced a timeline for completion of the phase-out, and maintaining both pages - the original and the minimalist - is a possibility.

The company released a beta version of the new main page in November, but it was only offered to a limited pool of customers. Now, all iOS users can make the switch.

“A wider range of people will be able to experience our new mobile homepage with a simple update of the existing Naver app,” the company said in statement.

The dual-app feature update is being offered first to iOS users. The portal said the new option will be made available to Android users within the first half of the year.

According to data from InternetTrend, Naver had a 60 percent share of searches in Korea against Google’s 32 percent in early 2019.