For-profit hospital has no doctors

For-profit hospital has no doctors

Members of a coalition of dozens of nongovernmental organizations hold a press conference to oppose for-profit hospitals on Jeju Island at the headquarters of the Korea Conference of Trade Unions in Seoul on Jan. 16. [YONHAP]

The Chinese-owned medical center has shown little signs of taking opening procedures, though it is obliged by Korea’s medical law to start medical services before March 4, according to officials at the Jeju Special Self-Governing Province.

The hospital doesn’t have a single doctor as of now and has not taken any procedures to hire doctors, the officials said.

If the medical center fails to hire doctors and launch medical services by March 4, its medical business license can be revoked through a public hearing, they noted.

The Greenland medical center received final approval from the Jeju government as Korea’s first for-profit hospital on Dec. 5 last year, putting an end to 16 years of controversy over the introduction of investor-owned medical institutions.

The approval was given on condition that the hospital cater only to foreign patients, but its Chinese investor, the Shanghai-based Greenland Group, immediately expressed an intent to take legal action over the ban on Korean patients. 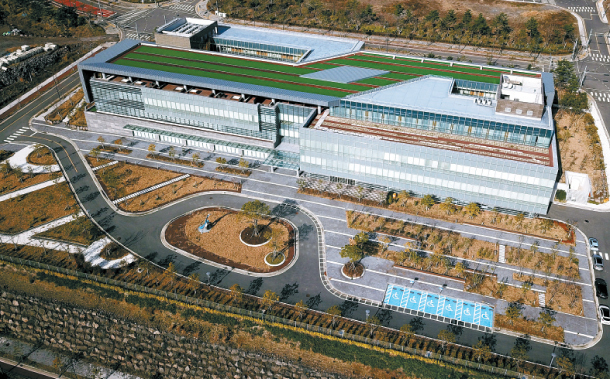 Under the current law, the Greenland medical center must begin medical services within 90 days after obtaining its approval.

The hospital had hired 134 medical workers, including nine doctors, 28 nurses, 10 nursing assistants and 18 international coordinators as of August 2017, when it applied for the approval from the provincial government.

As the opening was delayed by more than one year, however, all of the nine doctors in charge of the plastic surgery, dermatology, internal medicine and family medicine departments quit.

Unless the hospital completes the hiring of doctors and submits their licenses to the authorities by the end of February, its opening in early March will be virtually impossible.

If the Greenland medical center withdraws from the medical business, the Chinese investor may launch a lawsuit to demand compensation for its Jeju investment, which totals about 80 billion won ($72 million).