In Every Moment We Are Still Alive

The prize-winning, best-selling tale of love, loss, family and the lives we live moment by moment, from a stunning new voice in European fiction.

Tom’s heavily pregnant girlfriend Karin is rushed to hospital with severe flu. While the doctors are able to save the baby, they are helpless in the face of what turns out to be acute Leukemia, and in a moment as fleeting as it is cruel Tom gains a daughter but loses his soul-mate. “In Every Moment” is the story of a year that changes everything, as Tom must reconcile the fury of bereavement with the overwhelming responsibility of raising his daughter alone.

By turns tragic and redemptive, meditative and breathless, achingly poignant and darkly funny, this novel has been described in its native Sweden as “hypnotic.” “impossible to resist” and “one of the most powerful books about grief ever written.” 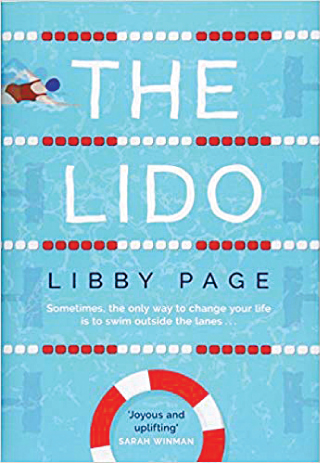 Rosemary has lived in Brixton all her life, but everything she knows is changing. Only the local lido, where she swims every day, remains a constant reminder of the past and her beloved husband George.

Kate has just moved and feels adrift in a city that is too big for her. She’s on the bottom rung of her career as a local journalist, and is determined to make something of it.

So when the lido is threatened with closure, Kate knows this story could be her chance to shine. But for Rosemary, it could be the end of everything. Together they are determined to make a stand, and to prove the pool is the heart of the community.

The Lido is about the importance of friendship, the value of community and how ordinary people can protect the things they love. 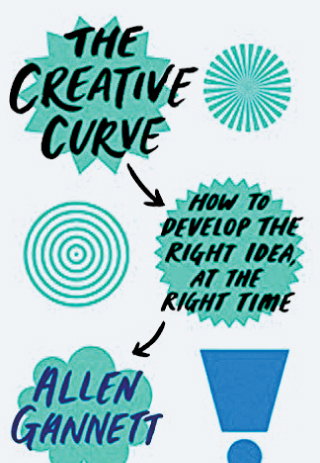 The Creative Curve: How to Develop the Right Idea, at the Right Time

We’ve been told a lie about the nature of creativity.

We’re told stories about creative geniuses - the young Mozart who effortlessly overshadows the hardworking Salieri; Paul McCartney coming up with the tune for “Yesterday” in a dream one morning; JK Rowling finding inspiration for Harry Potter sitting on a train to London. What we aren’t told is the actual story behind such hits. In fact there is a science and method for mainstream success, whether writing a popular novel, starting a company or creating an effective marketing campaign, and in this book Allen Gannett - data wizard and successful entrepreneur - reveals the four laws of creativity that are proven to work.

New ideas are surprising at first, and slowly become familiar as we get used to them. Allan Gannett reveals there’s a sweet spot between what feels familiar and safe to us, and what is innovative and new: the point of optimal tension between safety and surprise, similarity and difference. The people we think of as creative geniuses are people who understand this sweet spot instinctively; they know what people find familiar and reassuring, and they find ways to reinvent it fresh.

Packed with stories and insights ranging from the team behind “Dear Evan Hansen” to the founder of Reddit, from the Chief Content Officer of Netflix to Michelin starred chefs, The Creative Curve will help you spend less time on ideas destined to fail and more time on ideas that really break out. This book will teach you the secret to conceiving great ideas that can achieve major success. 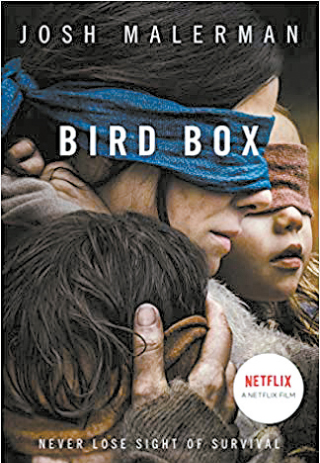 Malorie raises her children the only way she can: indoors, with the doors locked, the curtains closed, and mattresses nailed over the windows.

They sleep in the bedroom across the hall, but soon she will have to wake them and blindfold them.

Josh Malerman’s New York Times best-selling Bird Box is a terrifying psychological thriller that will haunt you long after reading.