Put a lid on the pork barrel

Put a lid on the pork barrel 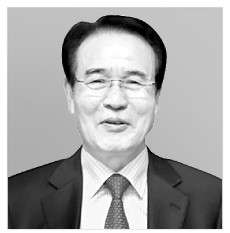 Kwon Kyung-seok
The author, a former lawmaker, is former vice chairman of the presidential committee on local autonomy development.

On Jan. 29, the Moon Jae-in administration announced that 24.1-trillion-won ($21.4-billion) worth of state-subsidized construction projects would be exempted from statutory preliminary feasibility studies, allowing them to begin immediately. A total of 23 projects were fast-tracked. The news was cheered by residents in the approved regions and angered those whose areas were excluded.

The unprecedented flood of pork-barrel projects aimed at waiving feasibility studies received criticism from all sides, including experts, civilian groups and the liberal press which is usually supportive of the Moon administration.

The feasibility clause for infrastructure projects was institutionalized in 1999 under President Kim Dae-jung. The system was designed to study the economic value of public infrastructure projects demanding public spending of 50 billion won or more — or state-budget spending of at least 30 billion won — to ensure tax money is not squandered. Exemptions are restricted to projects defined in the National Public Finance Act Article 38. Of the 23 permitted projects, 18 projects, worth 20.5 trillion won, are social overhead capital (SOC) projects.

They were waived of preliminary feasibility study under Provision 10, which defines necessary projects for balanced growth and urgent economic or social needs. The service to improve the needs in certain areas in comparison with other regions and urgency in the projects are prerequisites to the waiver.
The Moon administration’s latest move shelled out tax money to city and provincial governments without any specific guideline and undermined the grounds of public finance law. The government has also been self-contradictory because it once criticized the conservative governments for resorting to pork-barrel projects to win support and prop up the economy when it was the opposition. The move is suspected as trying to gain public favor ahead of the general election next year. There are already concerns about ill effects from the lack of a feasibility study, including the inaccurate estimation of the demand and the burden on local government finance.

The biggest problem is relaxing the study on the necessity and urgency for regional development. The review did not even include experts, including the Korea Development Institute (KDI), and instead was agreed among politicians and statesmen. It neglected the minimum protection against budgetary squandering and practicability of public projects. It has broken the feasibility rule and can jeopardize the public finance law.

When in opposition, the ruling power fiercely attacked the conservative Lee Myung-bak administration’s 22-trillion-won project on renovating four major rivers. During his tour to different regions, Moon promised to accelerate long-delayed infrastructure projects and approve those under the jurisdictions of ruling party governors and mayors — coincidentally ahead of the general election in April next year.

The exempted regional projects approved by Moon, who took office in May 2017, total 61, worth 53.7 trillion won. The amount is already nearing the 88 projects, worth 60.3 trillion won, carried out during the five years of the Lee administration that grappled with the 2008-09 financial meltdown.

The aftermath of carelessly-approved elephantine projects causes serious concerns. There are ample examples of cases where government budgets had to be stretched due to poor preliminary studies.

The blueprint for the F1 Grand Prix race track in South Jeolla was initially set at 733 billion won, but the construction came to 875.2 billion won. The light subway system in Uijeongbu, Gyeonggi, went bust due to its oversized budget. Other miscalculated and failed projects translated into a bigger tax burden.

Japan implemented massive SOC projects after the real estate bubbles in the late 1990s to stimulate the economy. Over 90 airports and expressways were built regardless of the necessity. As a result, the highways have more squirrels and cows on the roads than cars.
Conflict between central and local governments is inevitable over the burden on local public finance.

The city railway system project in Changwon, South Gyeongsang, worth 640 billion won, was granted a waiver from a preliminary study, but was called off due to conflict between the South Gyeongsang province and Changwon city governments over their share of the burden.

A study showed preliminary feasibility studies saved 141 trillion won over the last 19 years by disapproving 767 infrastructure projects, or 36.7 percent of the proposed projects. The system has proved its efficacy in preventing unnecessary tax spending.

The system must be upheld from being distorted and ruined by political pressure. The public finance law should be tightened so that exempted projects are strictly restricted to underdeveloped areas.

The term of urgency and exclusivity has to be more clearly defined to prevent further loopholes and abuse.