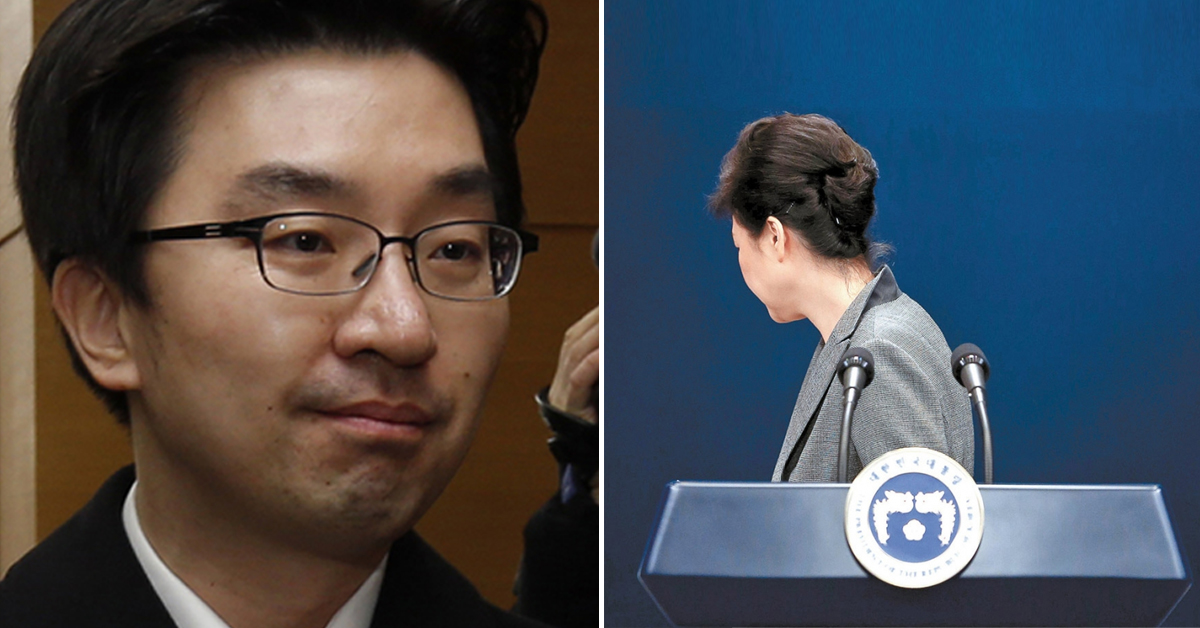 “Impeachment Inside Out” is a controversial book. Lawyer Chae Myung-sung, who represented Park Geun-hye, claimed Park helped establish the Mir Foundation and K-Sports Foundation with sponsorships from large corporations to promote “cultural development” of the country. In the process, her confidante Choi Soon-sil used her relationship with Park to make money, and as Ko Young-tae and others grew distant from Choi in the process, they orchestrated a scandal, the lawyer argues in the book. How many people would find this claim convincing? Maybe very few.

But the timing of the publication is interesting. The current administration gets legitimacy from the candlelight movement against Park, but less than two years into the administration’s term, this book was distributed in bookstores, and it seems to be selling quite a bit. I had a phone conversation with the author.

Q. It is earlier than expected to publish a book with such claims.

A. Actually, I was writing it half in doubt. Some Korean-Americans asked me to write about the events, so I wrote 10, 15 pages at first, then I wrote the book. When I wrote the first draft, I didn’t mean to publish it. I didn’t know if I could publish it.

Do you think it jibes with how people view the Moon Jae-in administration?

I think things are not going as well as people had hoped, and some may find that the former administration did well. They have become a bit objective as they couldn’t see it objectively due to their bad memories of Park’s scandal.

Until last year, the Lee Myung-bak and Park Geun-hye administrations were not even object lessons for the current administration: They represented vices. It seemed that anything would be better than the past. The presidency of Kim Young-sam, who was the head of state during the 1997 economic crisis, was re-evaluated nearly a generation after his death. So the ruling Democratic Party’s ambition of 20 years in power may not be so unrealistic.

Twenty months ago, Moon pledged to create a country no one has ever experienced. But I feel like I am in “Groundhog Day.” The Moon administration has begun to be compared to the rightist administrations it despises.