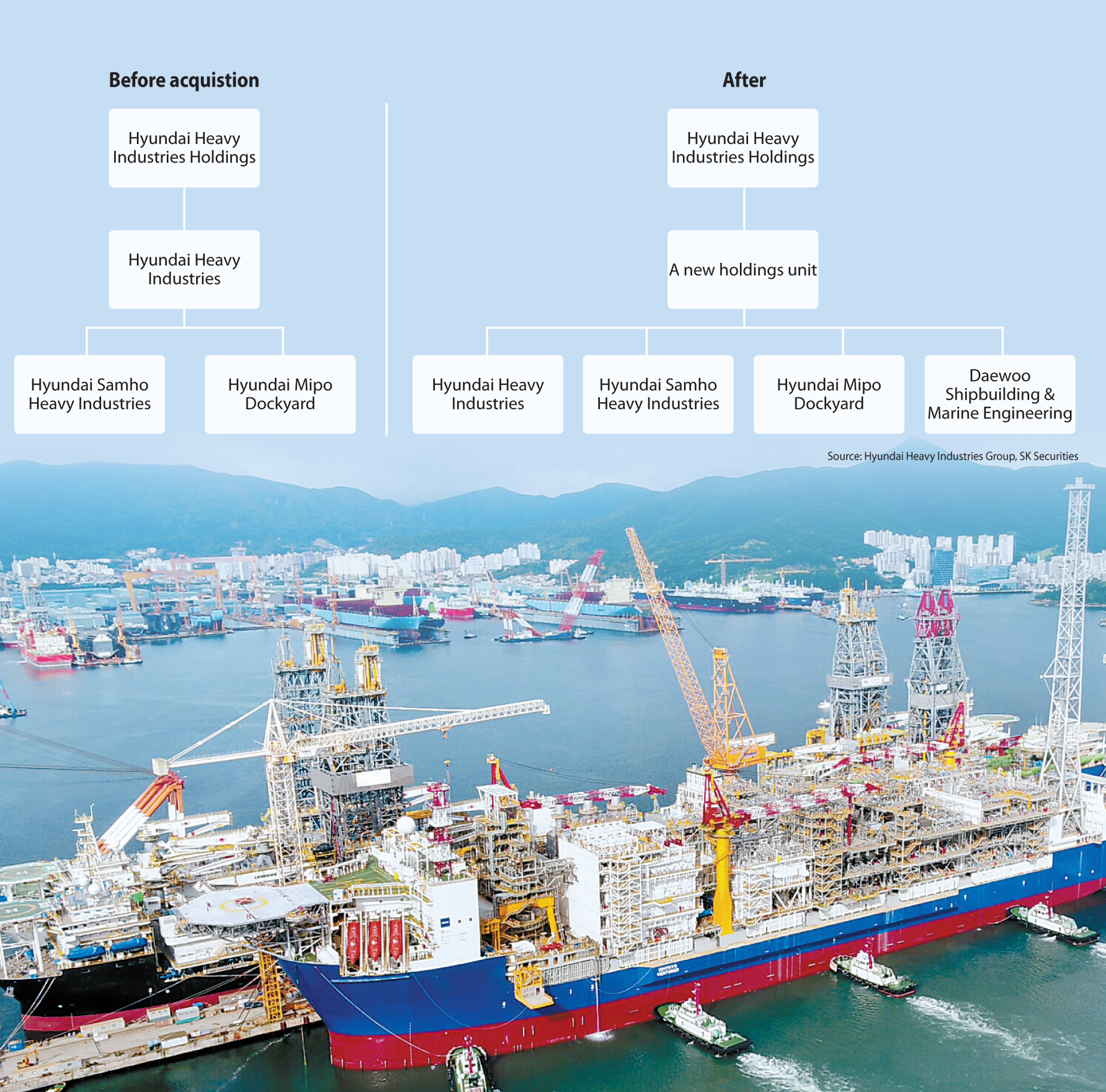 In a 2017 report, McKinsey projected that Daewoo Shipbuilding & Marine Engineering (DSME) may not survive past 2020 because of operating losses and chronic liquidity shortfalls.

Since then, the county’s second largest shipbuilder has hacked away at the problems, downsizing, reducing debt and selling assets.

In 2019, a new chapter is set to begin. DSME will be sold to rival Hyundai Heavy Industries (HHI), the world’s largest shipbuilding group. HHI’s move to acquire the cash-strapped shipyard, announced at the end of last month, has significant implications not only for the companies themselves but also for the industry as a whole.

The immediate effects of merger - though the two units will run separately - include an anticipated dominance in several shipbuilding segments, such as the manufacturing of liquefied natural gas (LNG) carriers. It will also result in a reduction in costs for the companies as they consolidate purchasing and research and development.

In the longer term, the buyout has competitive implications. It could result in firmer pricing and stronger margins as the industry becomes less fragmented.

Still, financial pressure is inevitable for HHI, which could lead to a cut in the company’s credit rating.

On the global stage, the merger will translate into an even stronger position for the companies in the making of LNG carriers, a class of ship that is likely to be in demand.

Together, the HHI Group and DSME had 60.6 percent of LNG carrier orders latest year, or 43 out of 71, according to data provided by the two groups.

With HHI announcing that the merger will allow for technology sharing and cost reduction, market analysts expect that the combined unit could gain an unrivaled dominance in the LNG segment.

“HHI and DSME will likely share their expertise in reliquefaction systems used to make LNG carriers. The two have a history of engaging in legal battles with regards to patent rights related to the technology,” said Choi Gwang-sik, an analyst at Hi Investment & Securities.

Choi noted that DSME could benefit from acquiring Hyundai’s exhaust gas cleaning technology, which reduces the emission of sulphur oxide.

HHI said that the deal could enable the two parties to address redundant investments in vessel production and research and development and reduce costs by jointly buying parts.

Downsizing the shipbuilding industry in Korea has long been a major objective of the government as excessive competition among yards in Korea, China and Japan has resulted in lower profit margins.

Back in 2017, there were discussions about rearranging the industry from the Big 3 - HHI, DSME and Samsung Heavy Industries (SHI) - to the Big 2 - HHI and SHI.

Yim Jong-yong, at the time Financial Services Commission chairman, delayed the plan, saying restructuring of the DSME should go ahead.

“If the DSME became a smaller but sound company after 2018, there will be a corporate restructuring involving the Big 2 strategy,” Yim said in 2017.

DSME managed to decrease its debt ratio from 5,544 percent in 2016 to 222 percent as of the third quarter last year. The shipbuilder also recovered from losses in 2017, posting 700 billion won ($623.3 million) in operating profit.

If the deal goes as planned, the Korean shipbuilding industry will welcome the long-awaited Big-2 era.

“Samsung Heavy Industries will benefit most because it could take advantage of the industry shake-up without any cost,” said Bae Se-jin, an analyst at HMC Investment Securities.

However, it remains to be seen whether SHI will become a spectator or a participant. The Korea Development Bank (KDB), which holds a majority share of DSME, stressed that the deal is not complete and that SHI will also be asked if it is interested in taking over DSME.

Friday, SHI said that it will undertake a review regarding the acquisition of DSME.

The state-run policy bank agreed to sell a controlling stake in DSME to HHI on Thursday in a deal that could be worth around 2 trillion won.

Under a conditional deal, the Hyundai Heavy Industries Group will create a new holding company to control HHI, DSME and affiliates of DSME.

In the transaction, HHI would require about 2 trillion won, which could place it under pressure.

“The acquisition of DSME will lower the expectations for the upgrade of the credit rating of Hyundai Heavy Industries Holdings,” Kim said.

“With the buying of DSME, HHIH will face greater exposure to the shipbuilding business compared to petrochemical sector. The petrochemical segment has maintained a positive and stable credit outlook, while shipbuilding is less optimistic due to massive losses and a downturn in the industry.”