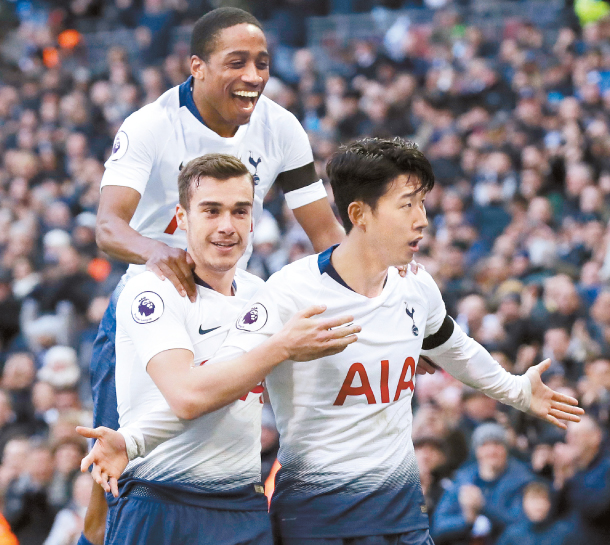 Son Heung-min of Tottenham Hotspur, right, celebrates with his teammates after scoring a goal during the English Premier League match against Leicester City at Wembley Stadium in London Sunday. With his 15th goal of the season, Son extended his scoring streak to three matches. Son also received a yellow card earlier in the game for diving. This was only the fourth time a Spurs player has received a yellow card for diving this season. [AP/YONHAP]