How we got this far

How we got this far 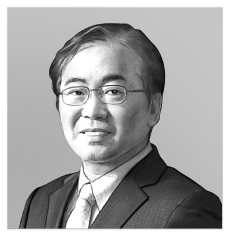 Kim Jong-un, chairman of the North Korean State Affairs Commission, will have his second summit with U.S. President Donald Trump at the end of this month in Hanoi, Vietnam, and his next planned destination is Seoul. Although Kim said, “I don’t mind some demonstrations by Taegukgi troops [conservative protesters],” his aides are afraid of public responses in the South as they fear reprisals against themselves. If Kim chooses to come to Jeju Island for safety reasons, the trip’s meaning will be diminished. It is time for the liberal camp to engage the conservatives on the need to make this historic event go through smoothly.

The Moon Jae-in administration is largely credited for the latest developments, but it should not believe only the liberals improved inter-Korean relations. It was actually the conservatives who opened the path first. The Joint Statement of July 4, 1972 — agreed to by South Korean president Park Chung Hee and his North Korean counterpart Kim Il Sung — stipulated the three main principles of unification: independence, peace and nationwide unity. They were reflected in the 1991 Basic Agreement between the two Koreas in Seoul signed during the Roh Tae-woo administration. The principles of rapprochement were also reflected in the June 15, 2000 joint statement signed between President Kim Dae-jung and North Korean leader Kim Jong-il and the Oct. 4, 2007 joint statement announced after a summit between president Rho Moo-hyun and Kim Jong-il, as well as in the Panmunjom Declaration between President Moon Jae-in and current North Korean leader Kim Jong-un.

If the door was first opened by liberal President Kim Dae-jung — not anti-Communist Park Chung Hee — could the two Koreas have issued a message that they must stop fighting? Sending an intelligence chief to meet the man who started the Korean War and meeting with the North’s special envoy would likely have been condemned as an act of espionage. Although Park used the development to extend his dictatorship, he still played the role as a conservative that the times demanded from him. Only after admitting this can the Moon administration move forward.

After the Rangoon bombing of Oct. 9, 1983 — North Korea’s botched attempt to assassinate president Chun Doo Hwan — South Korea’s military urged him to retaliate. But Chun refrained. After a massive flood in the South the following year, the North offered to give rice and medical aid to the South. Chun surprisingly accepted them and started a dialogue. Seoul proposed a summit and opened a hotline between chief negotiators of the two Koreas. It was an outcome of reason over emotions.

In 1985, President Chun sent Chang Se-dong — who was serving as director of the Agency for National Security Planning — to Pyongyang as a secret envoy. Chang thanked Kim Il Sung for the flood assistance. “I was impressed by President Chun’s courage in accepting it,” Kim told Chang.

Around the time, a secret channel of contact was established between the South’s Park Chul-un and the North’s Han Si-hae. They secretly met 42 times until late 1991 — the final years of the Roh Tae-woo presidency — making a monumental breakthrough in inter-Korean relations.

The Roh administration was able to create a turning point thanks to bipartisan support. In 1988, Roh ordered Unification Minister Lee Hong-koo to create a unification formula by consulting with three leaders of opposition parties — Kim Dae-jung, Kim Young-sam and Kim Jong-pil. The next year, the Korean National Community Unification Formula — the first-ever unification formula — was passed at the National Assembly with the support of four parties. After observing the process, Pyongyang proposed senior-level talks with Seoul.

Thanks to the move, eight senior-level talks were held in Pyongyang and Seoul until 1992. Following the two Koreas simultaneously joining the United Nations in 1991, the Basic Agreement between the Two Koreas and the Joint Declaration of the Denuclearization of the Korean Peninsula were announced in 1992.

The Moon administration must admit to the labor of the conservative administrations and engage them. The North also wants such a bipartisan approach. Kim Jong-un was disappointed that Hong Joon-pyo, the head of the Liberty Korea Party at the time, did not attend the dinner after the April 27, 2018 inter-Korean summit in Panmunjom because he knew that without the opposition parties and conservatives’ cooperation, any agreement is nothing more than a piece of scrap paper.

Moon must also learn from the wisdom of Kim Dae-jung. Although he was labeled a leftist for his entire life, Kim appointed Kang In-duk, an extreme conservative, as his first unification minister to stop the conservative’s attacks. After the historic inter-Korean summit with Kim Jong-il in June 15, 2000, Kim Dae-jung met with Lee Hong-koo — who later served as prime minister for the Kim Young-sam administration — and said, “I have tried very hard to implement the unification formula we had agreed [in 1989].” Kim Dae-jung respected the spirit of the bipartisan agreement more than anyone else.

Kim Jong-un is also smart in his appointments strategy. He appointed Kim Yong-chol — a hard-line general who was in charge of military operations against South Korea — as the head of the United Front Department and allowed him to head negotiations with the United States. “If Kim had appointed a diplomat, the military would have protested any agreement by denouncing it as a document of surrender,” said a North Korea expert. The same can apply to South Korea: it was wise for the country that presidents Park, Chun and Roh — all conservatives and former military leaders — made the first initiative.

The Korean Peninsula has been a playground of the superpowers for more than a century; it was colonized and separated. If we fight against one another, our talks with North Korea and negotiations with superpowers will become difficult.

We are witnessing a watershed moment in inter-Korean relations. The liberals must engage the conservatives. Opposition parties and conservatives must stop making a mockery of the inter-Korean dialogues they initiated and participate in the progress with open minds. Kim Jong-un’s trip to South Korea must not turn into a festival of pessimism and lost opportunities.