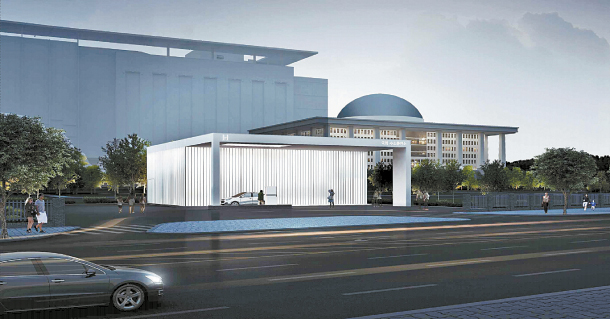 An artist’s conception of a hydrogen charging station at the National Assembly in Yeouido, western Seoul. It will be one of four charging station locations approved by the government to be built in Seoul by Hyundai Motor as part of the regulatory sandbox program, which offers regulation exemptions to develop new industries. [MINISTRY OF TRADE, INDUSTRY AND ENERGY]

Hydrogen charging stations will be installed in four locations in Seoul, including the National Assembly, following the first regulatory exemptions from the government on Monday in an effort to encourage new industries free from regulatory restrictions.

The approved companies will be the first to fall under the government’s regulatory sandbox initiative, intended to reduce obstacles to the development of new industries. The policy will provide a limited testing ground or temporary approval for new industry innovations before their full commercial launch.

The exempted businesses will be overseen by relevant regulatory authorities and assessed by civilian experts and civic groups before final approvals.

“We need to reinterpret regulations that were appropriate for past situations and improve them if they are obstacles to companies’ innovative products or services,” Industry Minister Sung Yun-mo said Monday at a review meeting for the applications prior to the approval announcement.

The minister added that the government will be committed to safety in enacting the exemptions. 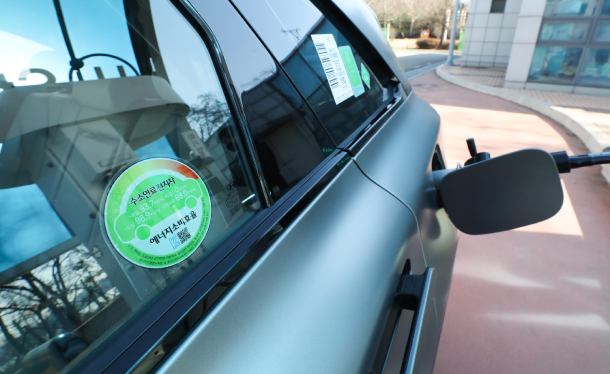 A fuel-cell vehicle is charged at a hydrogen station in Sangam, Mapo District, western Seoul, Monday. Four additional hydrogen stations will be built in Seoul after the government approved regulatory exemptions Monday. [NEWS1]

“It is true that there needs to be an appropriate standard of regulations in order to protect the people’s lives, safety and environment,” he said.

The ministry provided testing exemptions for three locations, with conditional approval for a station at the company’s office in central Seoul, pending further approval from authorities due to the historic location.

The ministry’s decision highlights the government’s pledge to develop hydrogen-related technologies, which it said last month could create 100,000 jobs by 2022.

Regulatory exemption was also approved for Macrogen, allowing the company to test a service that provides genetic testing information.

Macrogen’s service will test for 13 additional diseases, including lung cancer and Parkinson’s disease.

The approval will allow the company to test its service on 2,000 adults in Songdo, Incheon over the next two years.

JG Industry will be able to test install LCD and LED advertising panels on buses, which have been restricted due to existing advertising and vehicle laws.

With the temporary approval, Charzin will be able to commercially launch their product as soon as its charge measuring performance is approved by the government.