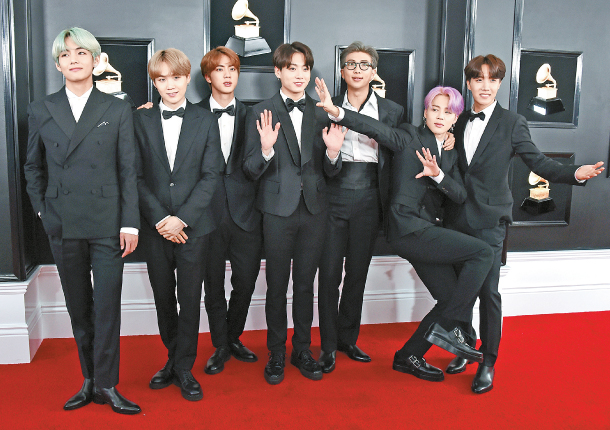 Even though BTS was nominated for only one award - for the jacket of its third album - being invited to one of the world’s biggest music awards was a triumph in itself. Added to their appearance at the Billboard Music Awards in May and the American Music Awards in October, the Grammys were a crowning achievement.

“I don’t even know what to say,” Musgraves said. “I am very thankful. And I know that winning this doesn’t make my album any better than anybody else’s in that category.”

Cardi B made history as the first solo female to win Best Rap Album - Lauryn Hill won as a member of the Fugees at the 1997 Grammys. She was shaking onstage as she tried to give a thank-you speech with her rapper-husband Offset holding her arm.

The Grammys kicked off with a group of powerful women - including Michelle Obama and Lady Gaga - describing the role of music in their lives: A display that came a year after female voices were somewhat muted at the 2018 ceremony.