Shinhan to bid for internet bank

Shinhan to bid for internet bank 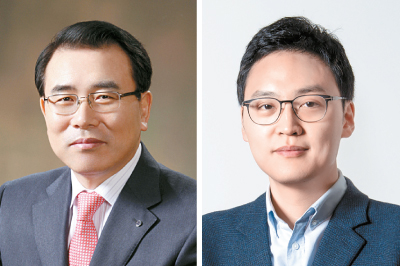 Shinhan Financial Group has formed a partnership with a leading fintech startup to build an internet-only bank, becoming the first major financial group to attempt to launch a purely digital service.

“The latest cooperation will draw in Shinhan’s expertise in financial services and sufficient capital reserves and Toss’ innovation in the process of forming an internet-only bank,” the two companies said in a statement.

“The two companies will form a task force to proceed with the preliminary approval procedure and to discuss an equity ratio of participating companies and the capital required to build an internet-only bank,” said a spokesperson from Shinhan Financial Group.

The announcement has raised the stakes in the ongoing bidding process, as the only other companies so far expected to apply for a license are mainly mid-sized financial firms and retailers.

BGF Retail, which runs convenience store chain CU, and e-commerce firm WeMakePrice are among the retailers interested in opening the country’s next internet bank.

Software developer TmaxSoft also attended a session designed to explain the criteria and application process for the newest digital bank last month, alongside IT service providers like Oracle and LG CNS.

Compared to the other companies, Shinhan has much more money - around 500 trillion won ($444 billion). Its capital reserves prompted market observers to suspect that Shinhan will take the lead in financing the consortium while Viva will operate the service.

Shinhan Chairman Cho Yong-byoung has vowed to expand the group’s presence through investments or mergers into a different range of financial services. In line with the strategy, Shinhan bought the Korean branch of ING Life Insurance - now renamed as Orange Life Insurance - and Asia Trust, a local real estate trust company.

Viva Republica, operator of the Toss money-transfer app, has become a so-called unicorn with a valuation over $1 billion. It’s Korea’s first fintech unicorn.

Rival Hana Financial Group is also expected to throw its hat into the ring after bank officials were seen attending a briefing session.

But the bank declined to specify its plan.

“We are considering applying for the license for an internet-only bank, leaving open all possible scenarios,” a spokesperson at the group said.

Still, local media outlets raised the possibility that Hana may be looking to team up with SK Telecom, Korea’s largest mobile carrier, given that the two previously worked together to launch mobile financial platform Finnq.

The FSC will accept applications this March and announce up to two final candidates in May.