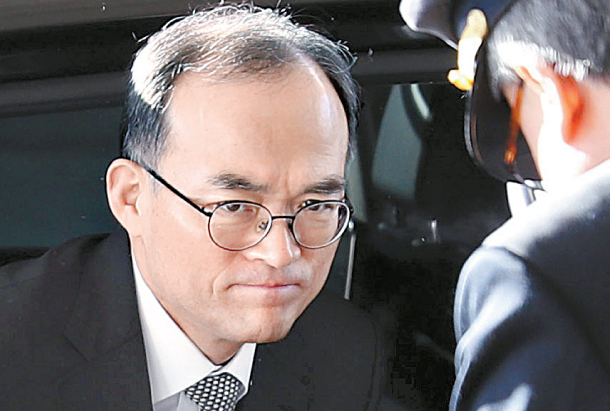 The written arraignment stands as one of the longest issued for a high profile figure - more than double the length of those for former Presidents Park Geun-hye and Lee Myung-bak, testifying to the extent of Yang’s alleged power abuse in the courts.

The indictment is the first to be issued against a former head of the judiciary, making history once again after his unprecedented detention in late last month.

Throughout the eight-month investigation, over 100 current and former judges have been interviewed or questioned by the prosecution regarding the scandal.

These alleged crimes can loosely be organized into three groups: actions taken to pursue his goal of establishing a new appeals court; suppression of dissenting voices in the courts; and actions meant to prop up the prestige and cohesion of the judiciary as a whole.

The first category is by far the best known and serious, given its implications on the independence of the judiciary and the constitutional principle of the separation of powers. In order to gain the Park Geun-hye administration’s support for a new appeals court system, Yang allegedly ordered meddling in ongoing political sensitive trials in ways he believed would please the Blue House. 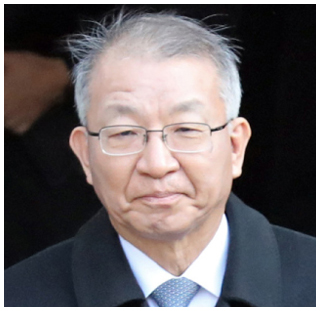 The most prominent were two suits filed by former laborers against Japanese companies that forced them to work during World War II, which were allegedly indefinitely deferred by the Supreme Court to spare Park diplomatic problems with Japan. Yang is also believed to have abused the top court’s authority to crack down on judges in lower courts who were critical of his policies.

Yang, who was head of the Supreme Court from 2011 to 2017, has denied all such accusations throughout his questioning, as well as after he was placed behind bars at the Seoul Detention Center.

Two other former justices who served in Yang’s Supreme Court - Park Byoung-dae and Ko Young-han - were also indicted Monday for their roles in the alleged power abuse. Prosecutors believe the Supreme Court under these figures also actively tried to cover up misconduct by sitting judges in order to defend the judiciary’s prestige in society.

Another of Yang’s key deputies also under detention, former National Court Administration (NCA) deputy chief Lim Jong-hun, was pinned with two further indictments for allegedly trying to push out critics of Yang in lower courts and trading favors with lawmakers in exchange for their support in Yang’s cause.

That latter element caused a further political earthquake last month when it was revealed Lim had received requests from sitting representatives in the National Assembly to intervene in ongoing cases involving themselves or their associates.

Once these cases go to court, prosecutors plan to pursue investigations into those lawmakers, as well as other ones not yet publicly divulged.

But the political ramifications of the case aren’t likely to end soon. Several ruling party lawmakers have claimed the detention of South Gyeongsang Gov. Kim Kyoung-soo late last month after he was charged with obstruction of business was the presiding judge’s attempt to get revenge for Yang’s fate.

The presiding judge, Seong Chang-ho, once worked for Yang, and judges tied to Yang have been threatened with impeachment.

Yang is set to be tried at the Seoul Central District Court starting in late February, presided over a judge yet to be named.

To ensure his trial proceeds objectively, judges seen to be linked to Yang or any of his alleged actions have been excluded from consideration.

But given the extent of the former chief’s influence over the judiciary and the political salience of the case, the wittling down has left only 16 possible candidates in the Seoul Central District Court.