Footballers who play in Europe out of U-22 squad

Footballers who play in Europe out of U-22 squad

Korea’s U-22 football team head coach Kim Hak-bum said Tuesday he will not call up prospects in Europe for the preliminary round of the Olympic qualifying tournament next month. 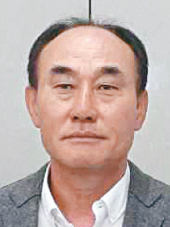 Kim returned home from Thailand, where he had been training 26 men’s under-22 players since Jan. 15. The U-22 team recorded five wins and three losses in eight exhibition matches against Korean and Japanese professional clubs in Thailand.

Kim’s team went to Thailand to get a taste of the football environment there before the 2020 Asian Football Confederation (AFC) U-23 Championship, which also doubles as the Asian qualifiers for the 2020 Tokyo Olympics. Thailand will host the event from Jan. 8-26.

But in order to reach the AFC U-23 Championship, Korea must first get through the qualifying round that begins next month.

The qualification tournament will feature 11 groups of four, and Korea will face Australia, Chinese Taipei and hosts Cambodia in Group H from March 22-26. The 11 group winners, the four best runners-up and the host country Thailand will qualify for the 2020 AFC U-23 Championship.

While fans here have been calling on Korea to use top prospects in Europe, such as Lee Kang-in of Valencia and Jeong Woo-yeong of Bayern Munich, Kim said he will not rush to use them.

Lee will turn 18 next week but already has made his Spanish La Liga debut with Valencia. Jeong, 19, also made the first-team debut with Bayern at the UEFA Champions League last November. Both have yet to represent Korea above the U-20 level.

However, Kim hinted that he may use Lee and Jeong for the 2020 AFC U-23 Championship should Korea qualify for the tournament.

“The door is always open to players who have talent,” he said. “I plan to use talented players regardless of their age.”

For the Thailand training camp, Kim only tested Korea-based players. The 58-year-old coach, who previously led Korea to the gold medal at the 2018 Asian Games, said he focused on finding players who can compete in the AFC U-23 Championship qualifying tournament in Cambodia.

Kim particularly emphasized the match against Australia as important since they are expected to vie for the top spot with Korea in the group.

“To be specific, we focused on tactics to beat Australia, who are must-win opponents for us in the preliminary qualifying round,” he said. “I’m sure Australia will also feel some pressure.”