The national baseball team announced its new-look coaching staff Tuesday, with some fresh faces joining the carryover from the previous regime. 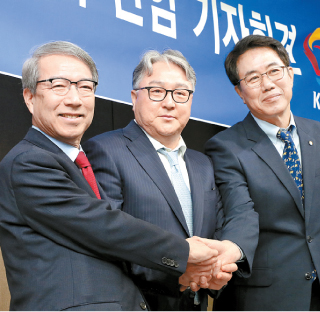 The KBO said seven coaches will work with manager Kim Kyung-moon, who was named to the post on Jan. 28 in replacement of Sun Dong-yol.

The national team named Kim Pyoung-ho to the newly created position of the analytics coach.

Kim Pyoung-ho served as the bench coach for Kim Kyung-moon when the latter was managing the NC Dinos in the KBO last year.

Lee Jong-yeol, who handled analytics and advance scouting under Sun at last year’s Asian Games, will be the defensive coach under Kim Kyung-moon. Choi Won-ho is the new bullpen coach.

Kim Jong-gook will handle strategies from the bench.

From the staff, Kim Jae-hyun, Jeong Min-chul, Lee Jong-yeol and Choi Won-ho have been television analysts. Jin Kab-yong and Kim Jong-gook are coaches with KBO clubs, Samsung Lions and Kia Tigers, respectively. Kim Pyoung-ho had been out of baseball since last June, when Kim Kyung-moon was fired by the Dinos and had also been out of baseball since.

The KBO said Kim Kyung-moon and Kim Pyoung-ho will travel to Japan on Feb. 22 to check in on a half-dozen KBO teams in spring training there. Then on March 9 and 10, they will attend exhibition games between Japan and Mexico in Osaka, Japan,

The Premier 12, scheduled for November as the first qualifying event for the 2020 Tokyo Summer Olympics, will be the first major competition for the new Kim Kyung-moon regime.

The Premier 12 will be open to the top 12 countries in the World Baseball Softball Confederation (WBSC) world rankings at the end of 2018. Korea placed third behind Japan and the United States.

Baseball will return to the Olympics in the Japanese capital after an eight-year absence. Korea won the most recent Olympic baseball gold in Beijing in 2008, with Kim Kyung-moon as the manager.

Baseball in Tokyo will feature six nations. The WBSC said the top finisher from the Americas and the top country from the Asia/Oceania region, excluding Olympic host Japan, will earn direct entries into Tokyo 2020.

The WBSC will also organize separate qualifiers for Africa/Europe and the Americas. Its intercontinental qualifier, featuring six teams, will be the final opportunity for countries to book their spots at Tokyo 2020. The participants in that one will be the runner-up from the Africa/Europe qualifier, the second- and third-place finishers from the Americas qualifier, the two best finishers from the 2019 Asian Championship that haven’t already qualified for the Olympics and the winner of the Oceania qualifier.