Through Sunday: Curated by William Ewing, a renowned photography writer and curator, and Holly Roussell, an art historian, this photography exhibition features over 300 works by 135 artists from 43 countries. It looks at civilization in the 21st century, which stands at the crossroads of evolution, moving toward either the next level or extinction. The show seems to challenge the iconic 1955 photography exhibition “Family of Man,” curated by Edward Steichen, in its large scale, elaborate installation and ambitious attempt to help answer the questions of where humanity stands and where it is going.

Through Feb. 20: For this exhibit, the museum tasks seven Korean design studios to display products that think about the bigger community and the betterment of society.

The seven teams - 6699press, Garagegage, Zero Space Inc., Mun Seung-ji, COM, yang-jang and flat.m - focus on delivering the best products, but in a way that goes beyond the simple pleasure of a single user.

For instance, furniture designer Mun’s chairs are designed to leave no waste behind, while Zero Space Inc. uses parts that are left over from other manufacturers to make their cushions and bags. 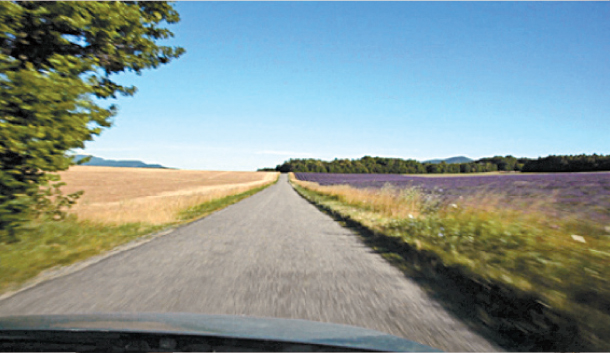 Through Feb. 24: French photographer Bernard Faucon, 68, is a well-known pioneer of photographic mise-en-scenes. His representative photographic series “Summer Camp” captures the scenes of his youth in his memory, hovering between reality and dream, re-produced with mannequins and props.

However, this solo show “Mes Routes (My Routes)” includes only one piece from his photographic mise-en-scene series and focuses on his latest short films and photo captures from the films. The films show the scenery of the roads in various parts of the world, which were taken by a camera installed on top of his car bonnet when he was driving. With the images, the sentences of his memoir, which sound like poetry, are narrated. The exhibition celebrates the Korean publication of the artist’s memoir of the same title.

The gallery is closed Mondays. It is located near the Blue House in central Seoul.

Through Feb. 24: This exhibition features works by 11 female artists of various ages who approach the problems and issues they have faced as women in Korean society on a personal or social level.

The works range from 34-year-old artist Yang Yoo-youn’s dark paintings about scars on women’s bodies to 57-year-old artist Jung Jung-yeob ‘s photo records of the “Jongmyo Seized” project in 2000. In the historic project, a group of artists, including Jung, installed feminist works in front of Jongmyo, a shrine for the Joseon Dynasty kings, which they thought of as a symbol of Confucian patriarchy. Their works were destroyed by some conservative civic group members. They filed a suit against the groups and won the case after a three-year legal battle.