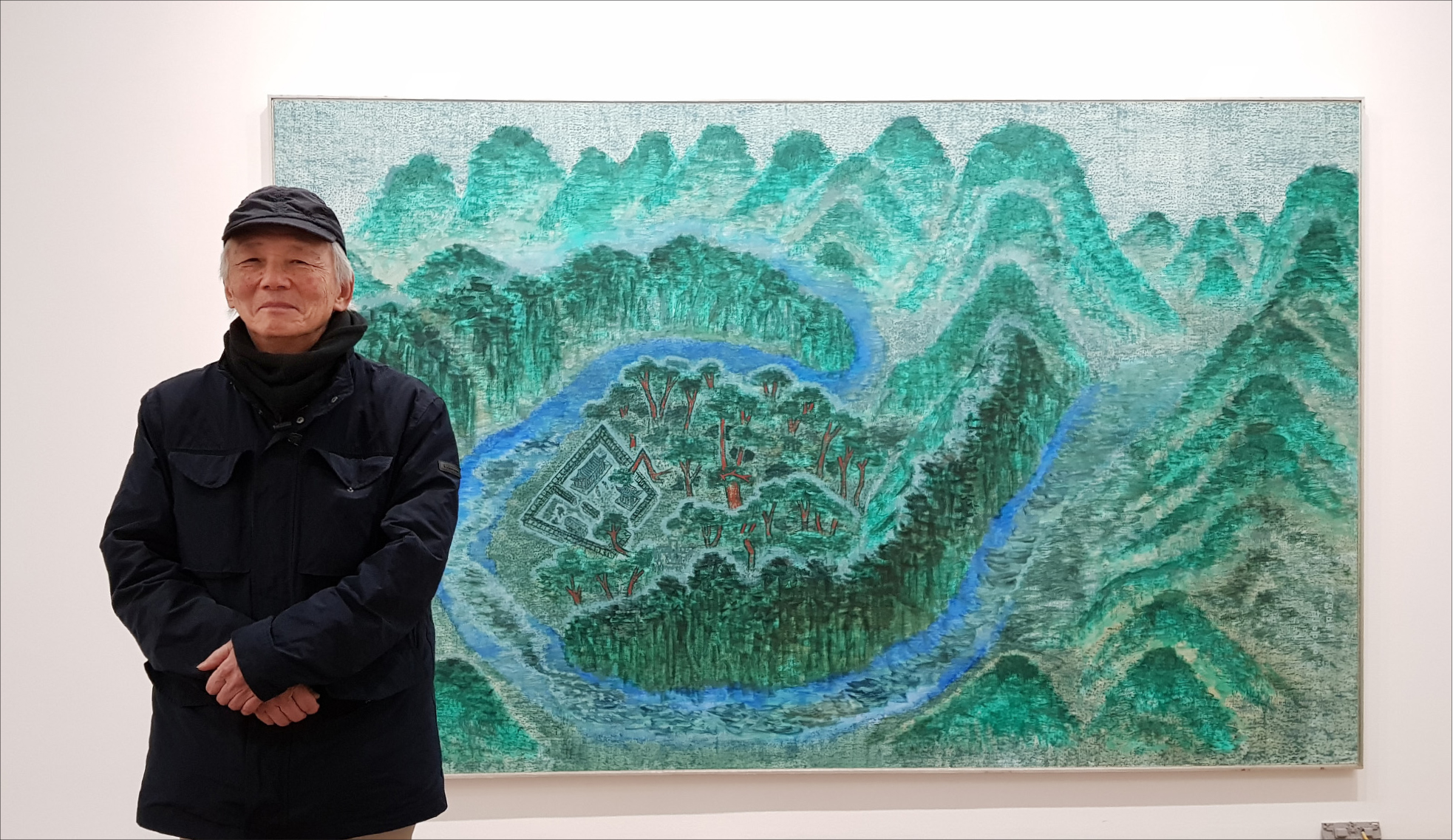 Artist Min Joung-ki, 70, poses with one of his landscape paintings now displayed at Kukje Gallery, central Seoul. His solo show began there on Jan. 29 and runs through March 3. For the painting, which depicts Cheongnyeongpo in the mountainous province of Gangwon, the artist used the Western medium of oil paint but also applied the old East Asian technique of using light brush strokes and combining scenes seen from multiple viewpoints on one canvas. This approach is unique to Min’s work.

It attracted global attention as his painting “Mount Bukhan” hung behind South Korean President Moon Jae-in and North Korean leader Kim Jong-un during the historic inter-Korean summit on April 27, 2018. At the summit, the painting served as an ice breaker between the two leaders. “I was overwhelmed by the congratulatory calls and texts at that time,” Min told reporters during the preview of the solo show.

Min, who belonged to the Minjung (People’s) art movement in the ’80s linked to social realism, has focused on landscapes since the ’90s. “A critic called my landscape paintings ‘walkscapes,’ as they imply my perceptions and thoughts while walking around the sites I paint,” the artist said. He combines diverse perspectives and sometimes overlaps the historical past with the present of a site he paints. [MOON SO-YOUNG]