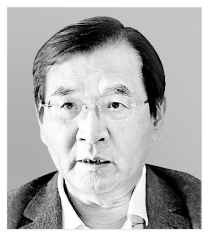 Kim Dae-hwan
The author, a former labor minister and former and head of the tripartite labor panel, is a professor emeritus at Inha University.

Despite efforts by the Moon Jae-in administration, the Korean Confederation of Trade Unions (KCTU) refused to jump onboard the Economic, Social and Labor Council, an expanded presidential body of labor, management, government and public interest groups. The umbrella union’s boycott would be a major upset for the pro-labor Moon administration.

The KCTU is already facing criticism. The public is souring on the militant group representing the so-called “elite unions” — full-time workers of large companies with comfortable paychecks and job security. The setback raises skepticism about the application European corporatism in modern Korea. Some already question the need for the tripartite body.

But there is hope yet. After years of debate, the so-called Gwangju model — a public-private joint venture to create lower wage jobs — has been agreed upon through the consensus of the four parties involved. The feat has made the government eager to spread the novel business model to other regions.

The Economic, Social and Labor Council, which envisions a social dialogue platform with the inclusion of the militant KCTU, was launched in November to address the tricky and longstanding issues related to labor relations. The president backed the council by allowing it to make binding decisions. But the move may have been premature, given the realities of the labor sector. The political power could only aggravate conflict instead of helping deepen dialogue in a society where there is little trust between labor and management.

The past experience has taught us an important lesson: Building mutual trust by keeping up dialogue without political influence is crucial in such a labor panel. There is another: Dialogue cannot persist when the panel is forced to reach a settlement on pending issues. 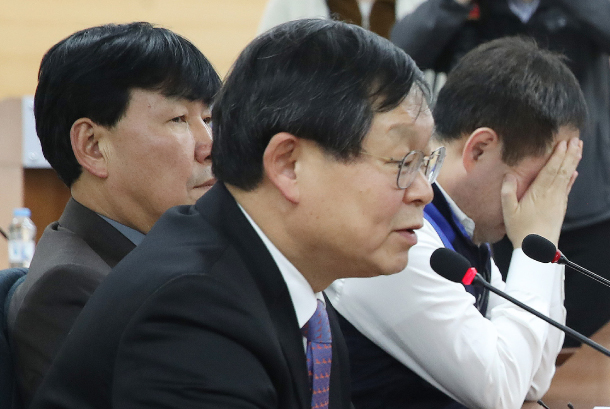 Chung Moon-ju, right, head of the policy bureau of the Federation of Korean Trade Unions (FKTU) and a member of the Economic, Social and Labor Council, covers his face with hands while Kim Yong-geun, vice chairman of the Korea Employers Federation, speaks at the sixth meeting on Feb. 8 of the council, a social dialogue body. [YONHAP]

The umbrella union cannot avoid criticism for boycotting the dialogue in protest of the expansion of flextime to make up for a universal cutback in workweek hors. Still, the government was being unreasonable in the first place, tossing the issue to the council when the legislature has already reached a bipartisan agreement to address it. The council should have been left to develop a more farsighted and comprehensive labor framework and build trust through discussions on various issues.

No doubt social dialogue must continue since sustainable dialogue is the only way to enhance confidence. Issues with broad social and economic ramifications cannot be solved over night. The parties must iron out their differences on the pending issues.

The Gwangju model saw daylight through persistent dialogue. Yet, the details have a lot to be desired, and more discussion is required. Even after the business takes off, how long it can last remains questionable.

The local government and private company will chip in initial funding to sustain the automaking joint-venture at lower wages. Gwangju finances the training and residence for the workers. The business is estimated to create jobs for more than 10,000.

But what determines the sustainability of the Gwangju model would be the wage and other working terms, which have been vaguely agreed to by members of the council. Their initial agreement was set for five years. Also, it is hard to understand why the council seeks to restrict basic labor rights through a social covenant among labor, management, government and public interest groups even though the rights are already protected.

The government may have been in a rush to achieve something against ever-worsening job conditions and criticisms on its job policy. It may have wanted to flash an outcome through the dialogue body. Despite good intentions, Gwangju raises concerns as it fails to address crucial issues.