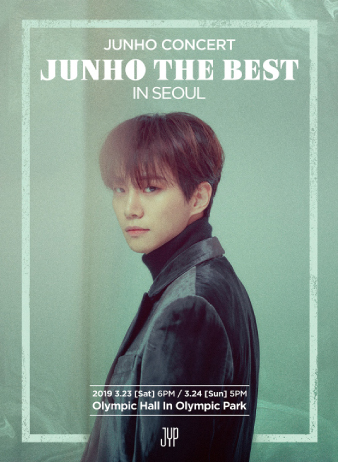 Lee, who released his second solo album “TWO” on Jan. 25, his birthday, will perform two concerts on March 23 and 24 at the Olympic Hall in Olympic Park, southern Seoul.

“I debuted with 2PM’s first album ‘Hottest time of the day,’ and I have indeed been having the hottest time of my days with 2PM,” said Lee.

Lee expressed gratitude to his fans, saying, “Thank you for giving me the hottest days of my life.”

Lee made his debut in 2008 as part of boy band 2PM, and has pursued an acting career, as well as a solo singing career.