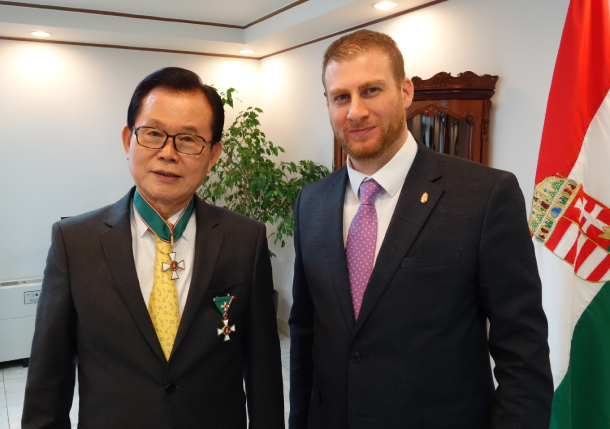 To commemorate the 30th anniversary of diplomatic ties between Korea and Hungary, Hungarian Ambassador to Korea Mozes Csoma, right, presents the Commander’s Cross of the Order of Merit of Hungary to Park Chul-un, former minister of South Korea and former member of the National Assembly at the Hungarian Embassy, central Seoul, Tuesday. Park visited Hungary two times in 1988 as a special envoy of South Korean President Roh Tae-woo for secret talks. The two countries established diplomatic ties the next year. [EMBASSY OF HUNGARY IN KOREA]