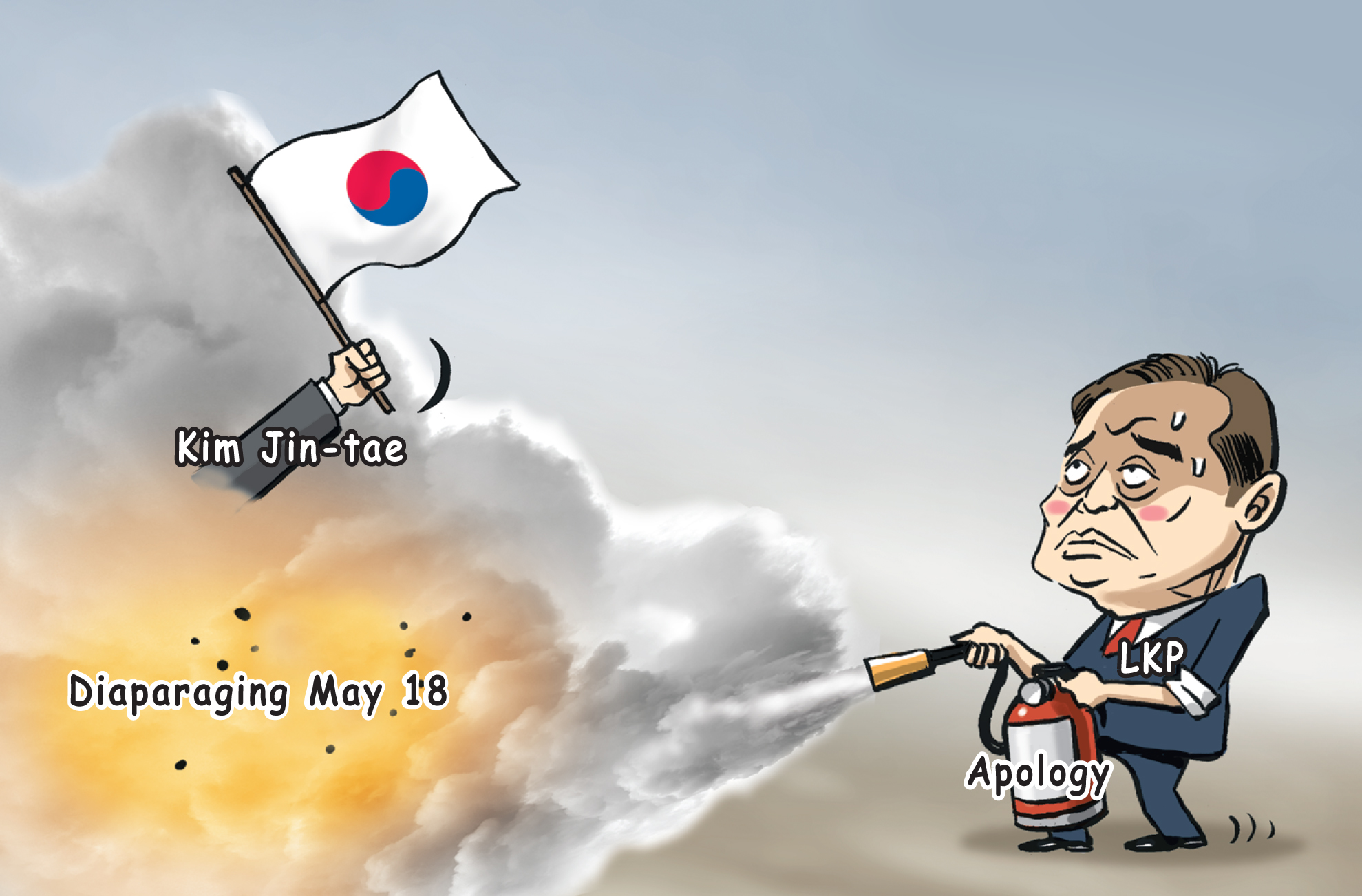 While Kim Byong-joon, interim leader of the opposition Liberty Korea Party (LKP), tries to calm the backlash against LKP lawmakers who denigrated the 1980 Gwangju Democracy Movement, Rep. Kim Jin-tae stands alone to argue that 2017 presidential election is null and void, as South Gyeongsang Gov. Kim Kyoung-soo was found guilty for online opinion rigging in the election.