Possibility of USFK deal at summit is discouraged

Possibility of USFK deal at summit is discouraged 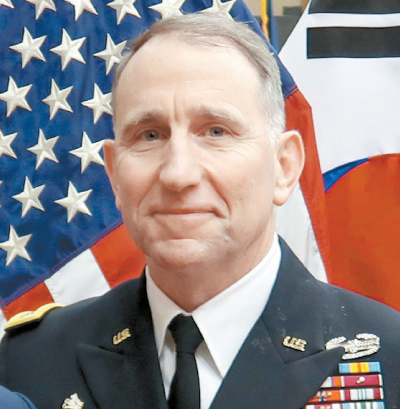 Top U.S. military officials are stressing the importance of maintaining U.S. forces in South Korea (USFK) and the Korea-U.S. alliance, amid concerns that a change to the level of troops could be discussed at the upcoming North Korea-U.S. summit.

General Robert Abrams, commander of the USFK, told the Senate Armed Services Committee Tuesday that North Korea’s conventional capability is reason enough to maintain the USFK, even if the nuclear threat is eliminated.

As of now, the United States has a 28,500-strong force in South Korea, and U.S. President Donald Trump has often complained about the high cost of maintaining their presence.

Many have expressed worries Trump may announce a withdrawal or reduction of troops at an upcoming summit with North Korean leader Kim Jong-un. Following their first summit last April in Singapore, they will meet for a second time in Hanoi, Vietnam, on Feb. 27.

Asked about a possible troop cut in Korea, Abrams said the current posture “is appropriate in terms of providing an adequate deterrent” against North Korea.

He also stressed the USFK is necessary to prevent China’s military expansion in the region, and Seoul and Tokyo will be worried without their presence.

The USFK commander said there was no change in the North’s capabilities despite Pyongyang’s public promise to denuclearize and reduced tensions on the Korean Peninsula.

“Little to no verifiable change has occurred in North Korea’s military capabilities,” he said, although the North has stopped nuclear and missile tests.

“Today is day 440 since the last strategic provocation of the [North Koreans] either a missile flight test or nuclear weapons test,” he said.

He said the North is conducting winter military training as usual, although Seoul and Washington have curbed their joint military exercises since last year.

Abrams said some joint drills were canceled, but some continued since he took command of the USFK in November. In a written statement submitted to the committee before the hearing, he said, “We must continuously strike a balance between the clear need to train and exercise military capability and the requirement to create space for and support strategic diplomacy.”

Another top U.S. commander said Tuesday that North Korea is unlikely to give up all its nuclear weapons, echoing an earlier intelligence assessment.

In a written submission to the committee, Admiral Philip Davidson, chief of the Indo-Pacific Command, wrote, “We think it is unlikely that North Korea will give up all of its nuclear weapons or production capabilities, but seeks to negotiate partial denuclearization in exchange for U.S. and international concessions.”