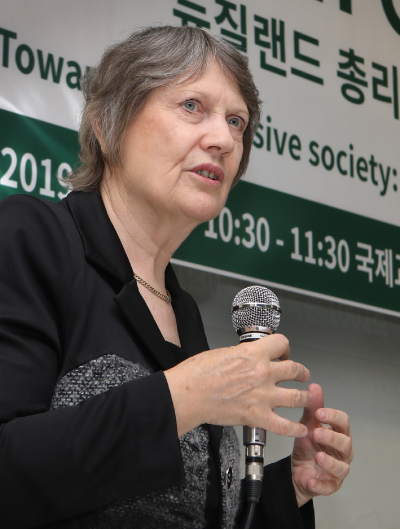 Former Prime Minister of New Zealand Helen Clark speaks Wednesday at a forum on diversity and inclusiveness co-hosted by Ewha Womans University, western Seoul, and the Embassy of New Zealand in Korea. Clark was the prime minister of New Zealand from 1999 to 2008 and administrator of the United Nations Development Programme from 2009 to 2017, the first woman to hold that position. [PARK SANG-MOON]