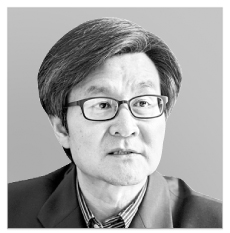 Kim Yong-hwan
The author is a professor of the department of naval architecture and ocean engineering at Seoul National University.

State lender Korea Development Bank (KDB) decided to hand over its entire 55.7-percent stake in Daewoo Shipbuilding and Marine Engineering (DSME) to Hyundai Heavy Industries (HHI). DSME, which had been bailed out with 7 trillion won ($6.2 billion) of funding, will finally be under a private ownership. I heard the news late January while residing in Japan as a guest professor at Osaka University. The news rocked the global shipbuilding community, including the Japanese industry.

The consolidation of the No. 1 and No. 2 shipbuilders in Korea reminds me of the creation of Japan Marine United (JMU) from the 2013 merger of Universal Shipbuilding Corporation and IHI Marine United Inc. The trajectory of JMU epitomizes the boom and bust of the Japanese shipbuilding industry. I once suggested such a marriage among Korean players when restructuring peaked last year amid a prolonged slump in our shipbuilding industry. The HHI-DSME merger would overwhelm JMU as it would establish an unrivalled powerhouse in the sector.

The merger process was equally unconventional. As an expert in the field, I expected merger negotiations to take off next year given the slow recovery pace in the industry. But the decision was made quickly through an unprecedented consensus among the government, KDB and HHI. The outcome involved three factors: the government’s quick in-house coordination, the KDB’s strong determination and the strategic judgment of the HHI management. Thanks to the proposed deal, HHI has the momentum to become a shipbuilding behemoth with a relatively small capital commitment. Even if the deal falls through, HHI can walk away with information about the competitiveness and potential of its biggest local rival through due diligence process. During the final negotiations, the buyer and seller must remember one thing: the acquisition must benefit not just those companies involved, but also global competitiveness of the industry. The consolidation must set the foundation for sustainable growth for the entire sector. To ensure the success of the deal, some guidelines must be met.

Above all, the merging party could be tempted to axe overlapping capabilities and streamline human and property resources. But that would reduce — not increase — the combined shipbuilding capacity of the two companies. Japan used to be a vessel powerhouse until mid 1970s. But its total shipbuilding capacity was nearly halved after two rounds of restructurings from late 1970s to mid-’80s. Since then, Japan has never returned to the top position during shipbuilding booms later. Korea must not repeat Japan’s mistake.

Yet some experts are already proposing to benchmark Japan’s case. The global shipbuilding industry has passed the lengthy trough and is on the uptrend. Therefore, Korea’s case is different from Japan’s as it has a higher likelihood of success. Korea could lose the momentum if it reduces the capacity as Japan did during the slump.

Once the merger is completed, Korea will turn into a venue for competition between one super-big player and a distant second, not among the three majors as in the past. Samsung Heavy Industries would be alone to compete against a Goliath local rival. That’s not all. Competitors from neighboring Japan and China could raise antitrust issues to stop the consolidation. In the past, Japan endeavored to keep its share in the global market below 50 percent to avoid antitrust issues. Local authorities and stakeholders must prepare well for various scenarios and challenges. 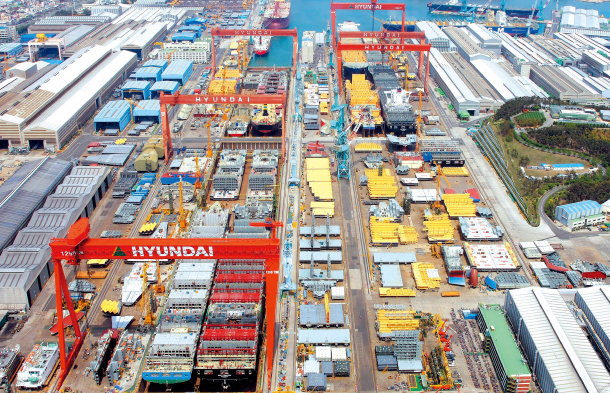 The future of the maritime engineering industry hinges on technological edges and skilled manpower. Through the consolidation, the players must bolster their strengths and tend to their weaknesses. Research and development, and investment in talent must not be victims of the merger. Japan lags behind in shipbuilding because young people shun dockyard jobs. The deal may not bode well for human capital.

For the deal in our shipping industry to succeed, a thorough roadmap is necessary. Otherwise, the three majors could be better off left as they are.