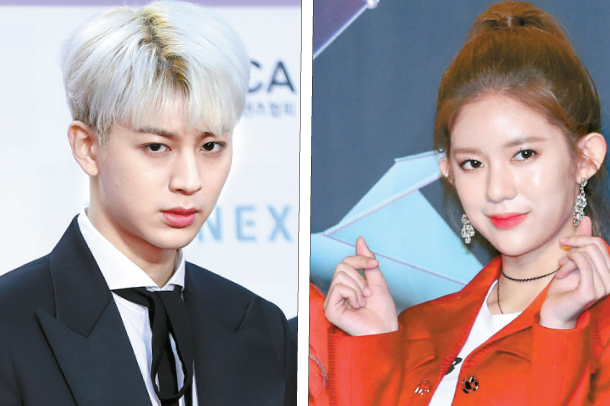 According to a report by local news outlet Sports Seoul, Song Yun-hyeong of boy band iKON and Daisy of girl group Momoland are a couple.

The report said the two have been dating for a few months despite their busy schedules.

Having two agencies state different positions is rare, as agencies usually come forward with the same answer after talking things through. But it seems this time, they failed to see eye to eye.

Song made his debut in 2015 as a part of boy band iKON. The group topped the charts with their song “Love Scenario” last year.

Momoland made their debut in 2016, and became famous last year with their catchy song “Bboom Bboom.” Daisy is the group’s main rapper.