Joo Woo-jae is happy to try it all: The hardworking actor has had a quick rise from student to TV star

Joo Woo-jae is happy to try it all: The hardworking actor has had a quick rise from student to TV star 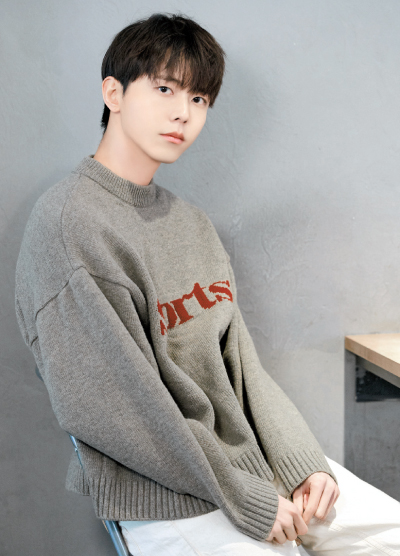 Model-turned-actor Joo Woo-jae never expected that he would find himself working in the entertainment industry. He was once an average college student majoring in engineering and thinking about getting a job in a related field. But after “several lucky encounters” with people in the entertainment industry, he learned that he is more talented than he ever thought he was. These days, he models for a number fashion brands, runs an online retail outlet, appears on a number of reality programs, including the second season of KBS N’s “Love Interference,” and has roles in TV dramas - his most recent role was on MBN’s “Best Chicken.”

The multi-talented rising star, who is represented by YG Entertainment, one of Korea’s largest entertainment agencies, sat with the Korea JoongAng Daily at a cafe in Hapjeong-dong, western Seoul, Monday to share how he feels about having such a unexpected career path. 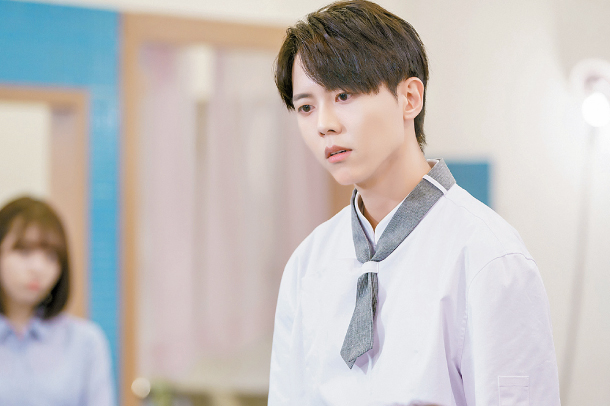 Q. You have become active in a number of fields, from modeling to acting. What made you want to try out so many different things?

A. I was an average engineering major who studied hard until my senior year. I never imagined I would get involved in this business. I thought that, just like my father, I would graduate from college and get a job in a big company, but before that happened I encountered quite a lot of coincidental opportunities. I did not start my online retail business because I had a particular passion, but it was simply a ‘try’ while taking a leave from school. Luckily, it turned out well and it was pretty fun.

I debuted as a model after a person introduced me to the field. And I became involved in radio shows because I really liked listening to the radio - I’ve been listening to songwriter Yoo Hee-yeol’s radio show for a long time. A radio scriptwriter invited me to KBS’ ‘Yoo In-na’s Turn the Volume Up’ radio program. After several people liked what I did there, I was invited to appear on various reality programs. I guess I am one of the lucky ones.

What led you to acting?

I’ve been acting in small dramas since 2016. In the spring of 2017, I started to think a lot about my career: Should I do more acting? What should I pursue? I think I wasn’t too passionate about acting back then. But around that same time, I went to an audition for a series and I felt some good energy from the producer.

Then, I formed study groups with my friends who were preparing to become actors and we practiced together. We filmed a lot of different scenes and it was really fun. I started to attend acting academies and took more professional lessons. By 2018, I was more confident about my passion toward acting.

Tell us about your experiences filming “Best Chicken.” What was it like playing Chef Andrew Kang?

“Best Chicken” is a short, 12-episode series that tells the story of various characters who each have their own troubles, but eventually overcome them with courage. Because it’s such a heart-warming series, I felt very happy when it was all done.

As for my character, I wanted to show a major transformation [when going from a street beggar to a star chef] using my wardrobe, so my stylist had to throw my clothes against the asphalt several times and my makeup artist attached each hair of my beard directly onto my face with strong glue - all to look as haggard as possible. But, ironically, the beggar look turned out to be quite appealing. Still, the fans seemed to prefer Andrew Kang in his uniform.

How was acting alongside Kim So-hye and Park Sun-ho?

I didn’t know a lot about So-hye - I only knew that she was a member of the girl group I.O.I. But later on, I learned she majored in acting. Although she is 13 years younger than me, there were so many things I could learn from her. Every time we filmed, she was so well-prepared. As for Sun-ho, his role in the series perfectly matched him in real life. In the series, his character is a kind, pure guy, which is just like who he is in real life.

How dedicated have you been to acting?

I’m trying to exceed my limits - it is hard for me to express very strong emotions, such as being very angry. I guess it’s because I had a very normal life: I studied enough, I played enough, I lived in a normal apartment with a happy family. I guess that’s what made my character a little flat. Now, I try to express more, such as by making more reactions on my shows, or making bigger movements while acting. Each time, I try to do better than before.

What are you interested in these days other than acting?

My puppy. It’s only been four months [since I got him] from the animal shelter, but he makes me think a lot. Before, my parents did not allow me to have a puppy, so I secretly got him. They told me they would never visit my house after they heard about it. But now, they are planning to move into my house. The puppy made our family happier and we talk more than before because of him.

It’s only been a week since my latest series aired its final episode, but I want to play different types of roles. I want to become an actor with a lot of experience. I’m passionate about taking on whatever role I am offered.

Additionally, I will keep appearing on “Love Interference.” I’ve also just finished filming for the upcoming comedy action flick “Girl Cops,” which will be released sometime this year. I’m playing an antagonist who does very immoral things and swears a lot. But it was extremely fun acting alongside actors Ra Mi-ran and Yoon Sang-hyun. We got along so well. I’m looking forward to when the movie is released later this year.