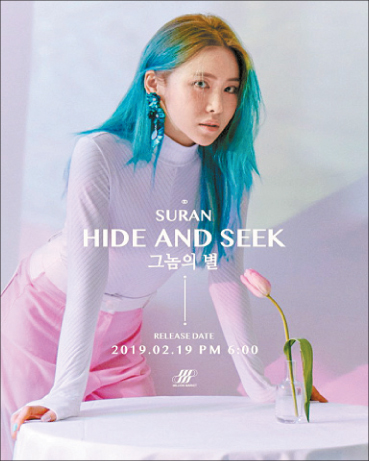 Singer-songwriter Suran is returning to the music world with her second EP this March, her agency Million Market said Thursday.

The agency said before her EP comes out in March, she will release a song titled “Hide and Seek” Feb. 19.

The new EP is the singer’s first release in a year and nine months. She released her first EP, “WALKIN” in June 2017.