Croatian minister of science looks up to Korea

Croatian minister of science looks up to Korea 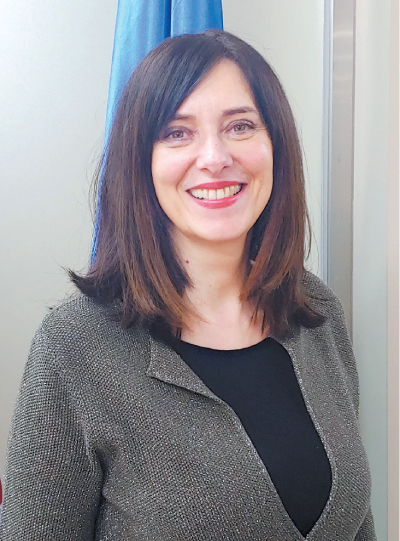 Home to two Nobel Prize winners in chemistry, Croatia has traditionally been stronger in pure science than in applied technology.

Its Science and Education Minister Blazenka Divjak has benchmarked Korea as she searches for ways to increase exchanges between science and industry.

“What I really appreciate about Korea is the application of new technology in different fields,” she said in an interview with the Korea JoongAng Daily Thursday. Divjak is visiting Seoul this week to meet with officials and institutes related to science and education.

“Technologies like 5G are used in a comprehensive way, not just for industrial development or a few companies, but for society, in education, wellbeing and quality of life - that is the model I am very impressed in,” she said.

Divjak pointed out that Croatia, despite having a high-quality pool of scientists, is missing the links between research and industry, and has had relatively slow investment in applied science. These factors, she said, are more important than ever in the era of the fourth industrial revolution.

“In a visit to the Korea Institute of Science and Technology (KIST) we visited a living lab that helps the elderly living alone cope with everyday life,” she added. “This is a different paradigm compared to parts of Europe where scientific research is like competing in a game, not for solving real-life problems.”

Divjak met with Minister of Science and ICT Yoo Young-min Wednesday to sign an agreement on expanding cooperation in the field of science and tech development. Information and communications technology, energy, biotech, environmental technology and nanotechnology are among the fields specified in the agreement as sectors they will work together on.

The two will launch a joint committee that will identify projects to fund and manage the exchange of researchers. Its first meeting is scheduled to take place this fall. A delegation of Croatian researchers will visit Korea a few months earlier, in the beginning of summer.

“The committee will help find projects in fields we set as priorities - who’s going to work on what theme and which projects are fit to be funded,” she said. “The first exchange of researchers will be mainly a peer review process, like speed dating. Knowing each other better and identifying where we can use the expertise of each other is what we put into the memorandum.”

This is the first time a country from Southeast Europe has signed a science partnership with Korea.

“From Croatia’s side there was high demand for tech collaboration with Korea’s research institutes while from our perspective, the country had a lot of high-quality workforce - especially in specific fields of pure science like chemistry and physics - who we thought would create synergy,” said Cho Min-ho, an official at the Science Ministry.

As a member of the European Union (EU), a partnership with Croatia will open opportunities for Korean scientists to engage in EU-funded projects. Also a minister in charge of the country’s education, Divjak has also been meeting education officials and institutes to sign other memorandums of understanding in that sector as well.

“Croatia is very competitive when it comes to sports or team play, but weirdly not as much in other sectors,” she said. “Exchanging experience may contribute to finding a good balance in both countries.”