South Korea and North Korea are likely to field joint teams in at least four sports at the 2020 Tokyo Summer Olympics, with an addition of more sports to the list remaining a possibility, officials said Friday. 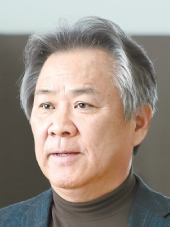 South Korean sports representatives, led by Sports Minister Do Jong-hwan, visited Lausanne, Switzerland, for a tripartite meeting with their North Korean counterparts and International Olympic Committee (IOC) President Thomas Bach on Friday. They were scheduled to discuss the organization of joint teams at next year’s Summer Games and the joint Korean bid for the 2032 Summer Olympics. The three-way meeting was scheduled to begin at 9:30 a.m. Friday in Lausanne, or 5:30 p.m. Friday in Seoul.

For about one hour starting at 2 p.m. Thursday, South Korean officials met separately with Bach at the IOC headquarters to discuss unified Olympic teams next year.

Lee Kee-heung, head of the Korean Sport & Olympic Committee, and Ryu Seung-min, the lone IOC member from South Korea, were also in attendance.

According to Lee, the focus of the meeting was on sports in which the Koreas will have unified teams in Tokyo. He said the Koreas are likely to combine teams in women’s basketball, women’s field hockey, rowing and judo, as they’d already discussed in two rounds of bilateral sports talks.

“In addition to these four, we also discussed joint teams in table tennis and handball,” Lee said. “The IOC’s stance is that as long as the Koreans reach an agreement in other sports two months before the Olympic spots are determined, it will be open to more joint teams. The IOC is hoping to see more unified Korean teams.”

Lee then cited track relays and canoeing as other candidates.

“We had a cordial and productive meeting with the IOC,” Lee said. “We’ll try to narrow the differences between our suggestions and the IOC’s demands during the tripartite meeting.”

The Koreas combined for the silver medal in women’s basketball at the Asian Games last year in Indonesia. At the same competition, the two sides also organized joint teams in rowing, though they didn’t grab any medal.

The Koreas have no prior history of partnerships in field hockey.

They have the longest history of exchanges in table tennis. They first came together for the 1991 World Table Tennis Championships in Japan and won the women’s team gold medal there.

In May last year, the two Korean women’s teams joined forces at the World Team Table Tennis Championships in Sweden. Two months later, the Koreas had four unified teams at the International Table Tennis Federation (ITTF) World Tour Platinum Korea Open in Daejeon, 160 kilometers (99 miles) south of Seoul. The mixed doubles team of Jang Woo-jin (South) and Cha Hyo-sim (North) won the gold medal there, and they followed that up with a silver medal at the ITTF World Tour Grand Finals in Incheon, just west of Seoul, in December.

In handball, the Koreas brought their men’s teams together for the world championships last January.

The announcement will limit North Korean athletes’ opportunities to compete at international events and also cut off WADA funding related to anti-doping activities.

WADA said it was informed by the IOC that the issue will be discussed Friday. Do Jong-hwan, the South Korean sports minister, said North Korea will have a chance to offer further explanation on the matter and added, “We’ll find ways to ensure this doesn’t have an adverse effect” on the joint Korean Olympic bid.

Lee Kee-heung added that North Korea is willing to resolve the matter.