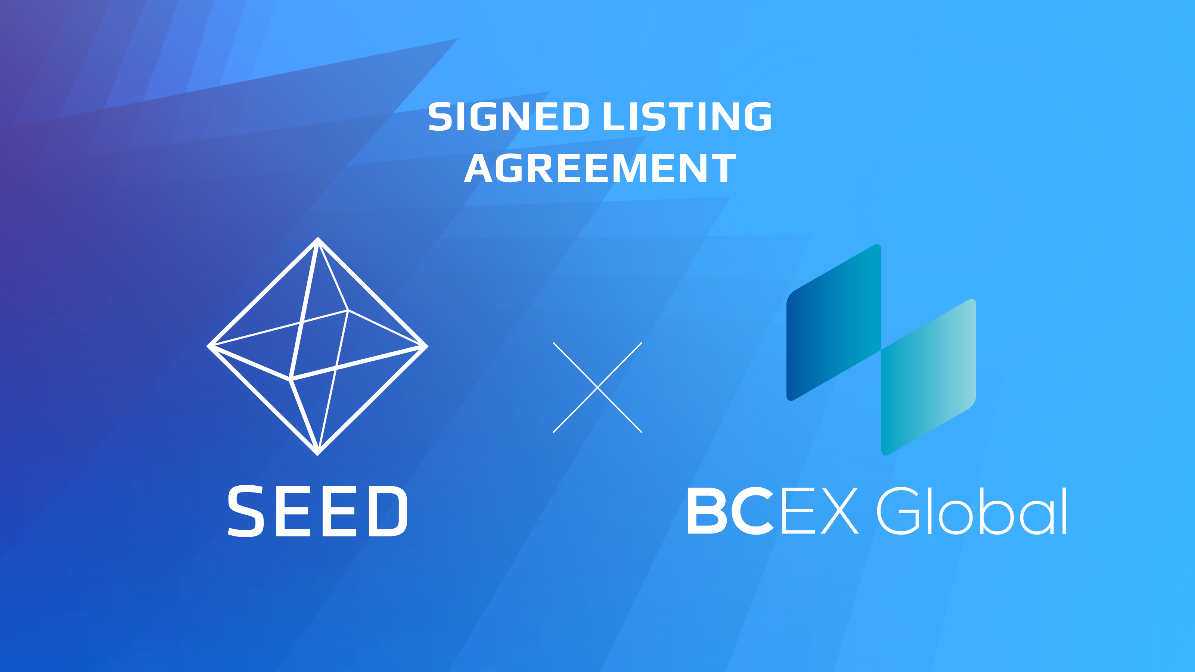 SEED, an eco-friendly and renewable energy corporation based on blockchain technology, has announced the signing of listing agreement and MOU with BCEX Solutions, the subsidiary company of BCEX Korea.

In this event, both the worldwide listing agreement through BCEX GLOBAL for and the Killer Coin discovery of and support partnership were concurrently established. In addition to listing, the companies will establish an organic cooperation system, and cooperate with each other for integration of the real economy as well as the global expansion of the business platform.

SEED is a total blockchain platform for the development of and participating in eco-friendly and renewable energy projects. SEED is involved in identifying, developing and operating various projects including not only renewable eco-friendly projects such as solar power plants, small hydropower plants, and wind power plants, but also various green projects such as ▲ food resources development, ▲ solid recovered fuel, ▲ carbon emission trading as per Clean Development mechanism, ▲ designing and construction of eco-friendly buildings. It is characterized by increasing public awareness of environmental issues and promoting participation to induce direct and indirect participation in the campaign of the fight against the Earth’s climate changes. Moreover, the project is in the form of a reverse ICO and has the advantage of being a stable business as many offline asset-based projects are underway. 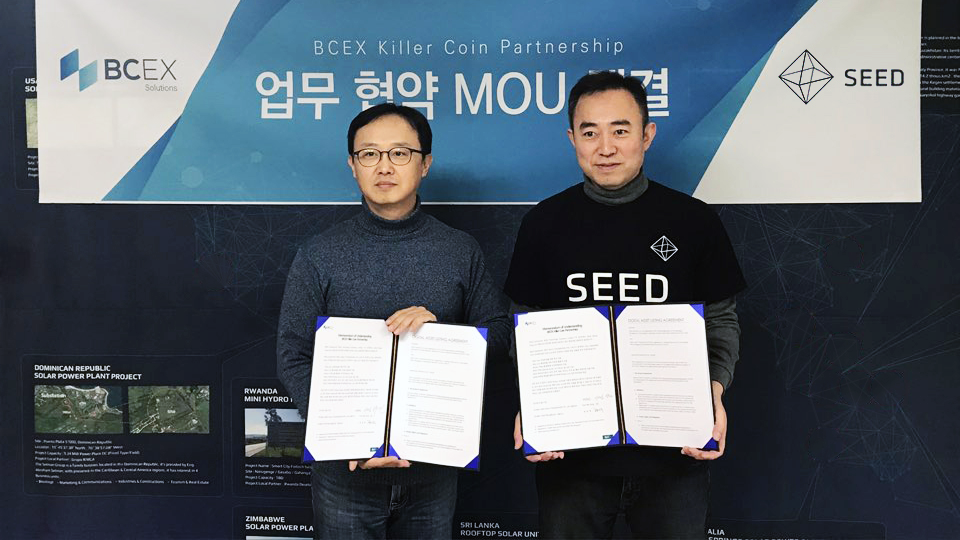 In addition, the ease with which the public can participate in the energy business of stable returns is also an advantage of the SEED project. The Zeplanter App, SEED’s independently developed cryptocurrency mining mobile application, has undergone alpha testing end of last year and is scheduled to launch officially this year. The application has applied a new method of mining mechanism that enables participants to mine cryptocurrency just by participating in carbon reduction activities (Proof of Certified emission reduction, PoC) such as walking or using bicycles instead of vehicles that emit carbon.

Through these contracts, SEED will increase international credibility and reputation as well as solidify its funding base by listing its SEED token on the globally acknowledged cryptocurrency exchange. In addition, through listing SEED token on BCEX GLOBAL’s Asian exchanges, SEED’s participation in global projects are expected to strengthen, and the global network and marketing capabilities of BCEX GLOBAL are forecasted to accelerate the expansion of the global awareness of SEED ecosystem.

BCEX GLOBAL is the world's 10th largest global cryptocurrency exchange, with daily trading volume at about 190 billion KRW (based on the Coin Market Cap, 2018.8.22), operating 15 exchanges around the world, including Canada, the United Kingdom, Australia, Japan, Malaysia and Dubai, and providing more than 200 markets and 150 coin trading services safely.

SEED token will be officially listed on the BCEX GLOBAL Exchange late February to early March, and the exact schedule will be discussed later by the two companies.

“I believe that the SEED project’s high growth potential and solid business model have been recognized through being listed on the world’s Top 20 cryptocurrency exchange, BCEX GLOBAL,” said Hyukjin Lee, the CEO of SEED. He continued to explain that the “SEED is a company that provides a blockchain technology-based eco-friendly and renewable energy, shared-economy business platform. The main feature is decentralization to provide the public with an opportunity to participate directly in energy projects with high barriers of entry such as constraints of cost and expertise and share the revenue in the concept of harvest. It is also a stable ECO business platform that connects digital and real ecosystems to the world and converts them into self-replicating model. Through our collaboration and listing with BCEX Solutions, we plan to increase the value of the SEED token by laying the foundation on which many participants can participate in SEED's projects more easily."

More details about the SEED project can be found on the official SEED homepage.