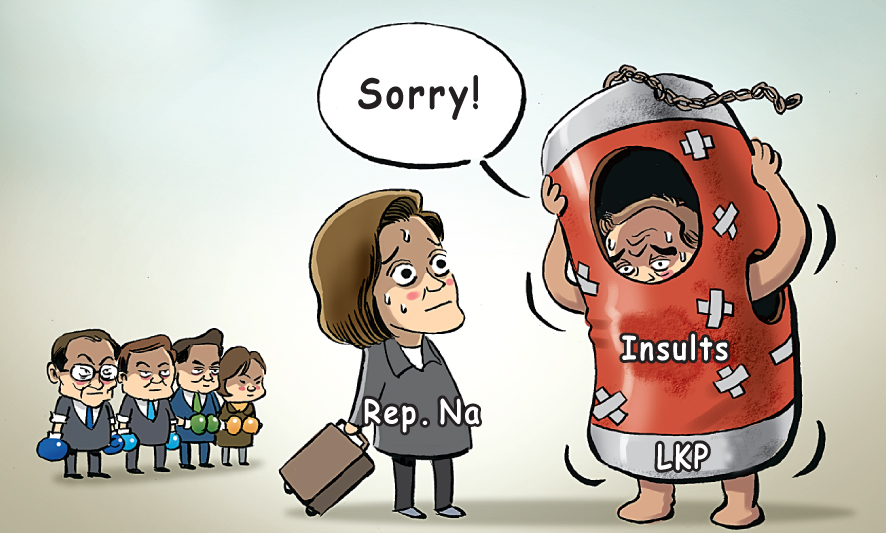 After her recent trip to Washington as a member of the delegation of South Korean lawmakers to convey their hopes for an upcoming U.S.-North Korea summit, Rep. Na Kyung-won — the floor leader of the opposition Liberty Korea Party — returned to a battered party after three of its lawmakers denigrated the 1980 Gwangju Democracy Movement.