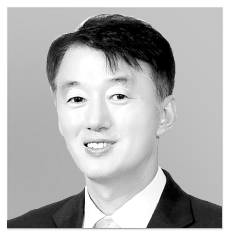 Choi Jong-hag
The author is a professor of accounting at the Seoul National University.

The government’s campaign to drive out Kaist president Shin Sung-chul, appointed by the former Park Geun-hye administration, seems to be ending, as hundreds of scientists issued a statement to oppose it. Similarly, the resistance of scholars against the current government is starting. The alleged accounting fraud of Samsung BioLogics’ case was controversial in the accounting community in 2018. A number of scholars, including myself, issued a written opinion that BioLogics’ accounting practices were not wrong. Even accounting firms that usually cater to the financial authorities are protesting fiercely in this case.

The liberal People’s Solidarity for Participatory Democracy group, which first raised the issue, and some politicians claim that when Samsung C&T and Cheil Industries merged, BioLogics — a subsidiary of Cheil Industries — was overvalued in accounting to adjust the merger ratio to benefit Cheil Industries, where Samsung Vice Chairman Lee Jae-yong has a major stake. If it is true, the accounting should have been made before the merger announcement, but it actually happened six months after. It is unrelated to the value of the company and it is simply a matter of opinions on when and how to mark the increased company value. I find it strange that the arguments of the financial authorities on why this accounting practice is wrong changed several times over the year. The final reasoning for the alleged fraudulent accounting is also unrelated to the claims by People’s Solidarity.

In technical terms, the core of the case is the decision on the presence of dominance. Aside from the appropriateness of the individual accounting practice, many scholars and accounting community claim that the financial authorities’ argument is problematic in terms of the approach of the International Financial Reporting Standards (IFRS). The IFRS is called principle-based accounting standards, which stand in contrast to the regulation-based accounting practice that Korea used before the IFRS. The United States and Japan are still using the regulation-based accounting practice. As specific regulations for every situation cannot be prepared, the IFRS provides a general frame for decision-making for cases without specific rules. Experts can decide what the appropriate accounting process is, and in the IFRS, different outcomes can be produced for the same cases. Therefore, the experts’ decisions should be respected. But, strangely, those who are not experts contend that the expert decision is not right.

It is true that BioLogics’ accounting practices are controversial. But BioLogics’ did not hide this. It decided it was appropriate after a number of discussions with accounting firms and publicly announced it. Different opinions can exist on whether BioLogics’ public notice was sufficient. But many accounting professionals agreed the accounting practice was correct. That’s not all: the Korea Institute of Certified Public Accountants (Kicpa), which conducted ex-post inspections on the financial statements, the financial authorities of the former administration and many scholars all think the accounting method was right. Simply put, the method is not so unreasonable.

A majority of scholars and accounting firms believe the accounting practice advocated by the current financial authorities is more problematic. If the current financial authorities’ arguments are right, BioLogics and many other Korean companies have been committing accounting fraud. Some scholars say the answer can be easily found by asking the International Accounting Standards Board about whether this practice was right.
The Kicpa and the Korean Accounting Association jointly held a conference on this case and plans to continue related conferences. Attendees at a recent conference criticized the supervisory authorities for interpreting the accounting standards politically. Survey results presented at conferences show how accountants are distrustful of the supervisory authorities. Kicpa Chairman Choi Joong-kyung said a “divorce with IFRS” should be considered to prevent the supervisory authorities from using accounting standards with a certain intention. I partially agree with this view.

It is an extreme alternative, but U.S. Generally Accepted Accounting Principles (GAAP) also can be used. The GAAP is far more complicated, but it defines detailed accounting procedures, such as legal codes. Therefore, the possibility of differences in interpretation is smaller and it would be harder for politicians to pursue a case such as BioLogics. It makes us more depressed that once the case is concluded, other similar cases targeted by the financial authorities will be next. I miss the society where opinions of professionals, not politicians, were respected in professional affairs.