Will Lotte’s big spending pay off?

Will Lotte’s big spending pay off?

Despite not winning a title for years, the Lotte Giants continue to be the biggest spenders in the KBO. 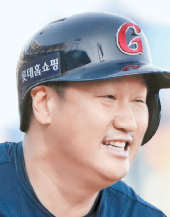 For a third straight year, Giants slugger Lee Dae-ho topped the league in annual income, according to KBO salary data for the 2019 season announced Monday.

This season, Lee will be earning an annual salary of 2.5 billion won ($2.21 million). When Lee announced his return to the KBO in 2017, he signed the league’s highest free agent (FA) contract, a four-year deal at 15 billion won.

Following Lee, Yang Hyeon-jong of the Kia Tigers is right behind with 2.3 billion won, making him the highest paid pitcher this season. Unlike other FA players, Yang signs yearly contracts with the Tigers.

The Giants was also the biggest spender in terms of the team’s annual income. Excluding rookies and foreign players, the Giants will spend 10.2 billion won on annual salaries for the upcoming season.

This is more than double the KT Wiz, who will spend the least this season, at 4.8 billion won.

The Giants is the only team in the KBO to exceed 10 billion won this year.

In this category, the 2018 Korean Series champion SK Wyverns was runner-up at 9.6 billion won and the Tigers, who topped the league last year at 10.9 billion won, was third this year at 9.1 billion won.

The Giants also topped the league in average annual income of the players, at 195.8 million won, which jumps up to 345.70 million won for the 27 players in their top team. This significantly more than the Wiz, whose average player salary is 150.78 million won.

The Giants continues to be the biggest spender as it has hefty bills to pay following some huge FA contracts over the past few years.

According to KBO data, a total of 156 players are receiving more than 100 million won in annual income this season, eight less than the previous year. This year’s average annual income of a professional baseball player is 150.65 million won, 0.3 percent higher than in 2018.