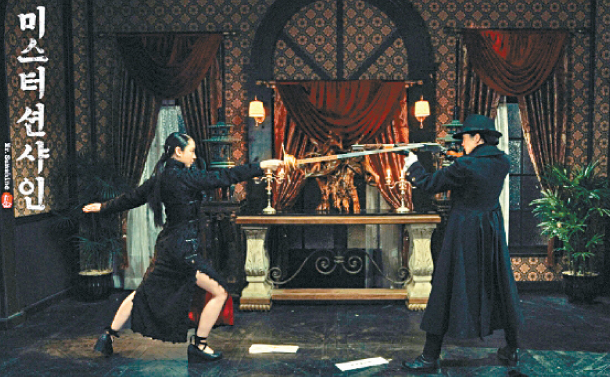 Oedipus is a tragic hero from Greek mythology. He is the son of King Laius and Queen Jocasta of Thebes who, childless for some time, consulted the Oracle at Delphi only to receive a prophecy that foretold their family’s disaster.

The myth was rewritten by ancient Greek tragedians, such as Sophocles and Euripides, many times. The hero was so tragic that his name was used by neurologist and founder of psychoanalysis Sigmund Freud to explain a certain neuroses established during childhood: “the Oedipus complex.”

The Oedipus myth is also famous for posing the Sphinx’s riddle - “What walks on four feet in the morning, two in the afternoon and three at night?” - the answer to which is “Man.” For the role of Oedipus, veteran actor Hwang Jung-min, who has been more active on the big screen in recent years, has been cast.

Shortly before the annexation of Korea by Japan, An joined a group of resistance fighters in Russia, which plots the assassination of Ito Hirobumi - the Japanese resident-general in Korea and Prime Minister of Japan - upon his arrival in Manchuria.

The musical is packed with energetic performances, while lightening the mood with witty songs.

The lions are coming to Seoul from Broadway and tickets are selling out fast. Based on Disney’s 1994 animated film of the same name, the musical “The Lion King” has been seen by over 95 million people in more than 100 cities in 20 countries since its 1997 premiere.

The musical is directed by Julie Taymor with music by legendary lyricists Tim Rice and Elton John, and composed by Lebo M, Hans Zimmer and many more.

Although Ham-ick lives a perfect life as a second-generation chaebol and a university professor, her inner life is filled with revenge. Because she struggles with social skills, she wears a figurative mask to hide who she truly is. But when she meets college student Yeon-woo, her loneliness begins to shake. The playwright made Hamlet into a female character and dramatized the original story in various ways. Organizers of the production say the audience does not need to know the original story to sympathize with the story of “Ham-ick” because the story itself overlaps with the lives of modern people. 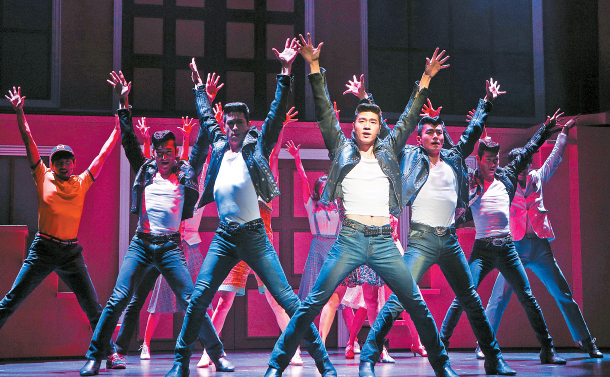 An updated version of the hit musical “Grease” will be staged at the D-Cube Arts Center in Sindorim, western Seoul, beginning in April. The musical, originally by Jim Jacobs and Warren Casey, highlights the 1950s U.S. working-class youth subculture known as “greasers.” [YONHAP]

The popular rock and roll musical “Grease” has been reproduced to reflect modern times with rearranged numbers and newly designed stages and props by Korea’s OD Company. This new show is still heavily based on the 1971 musical by Jim Jacobs and Warren Casey that highlights the 1950s U.S. working-class youth subculture known as “greasers.” The characters are still the same, as is the story line, according to Shin Chun-soo, the producer of the OD Company, adding that the musical had to be retouched and upgraded so it could also speak to younger audiences who don’t understand U.S. culture of the 1950s and ’60s. The cast includes Seo Kyeong-soo, Kim Tae-oh, Jeong Se-yoon, Yang Seo-yoon and Han Chae-ah among many others.

Popular musical “Jekyll and Hyde” has been loved in Korea since its first performance in 2004. Renowned musical actor Cho Seung-woo and popular singer Ivy have been cast as the main characters again, causing tickets to sell out fast.

The cast includes Hong Kwang-ho and Park Eun-tae in the roles of Dr. Henry Jekyll and Edward Hyde, and Yoon Gong-ju and Hyena for the role of Lucy Harris.

Performances begin at 8 p.m. on Tuesdays, Thursdays and Fridays, at 3 p.m. and 8 p.m. on Wednesdays, and at 2 p.m. and 7 p.m. on weekends and public holidays. There are no shows on Mondays.