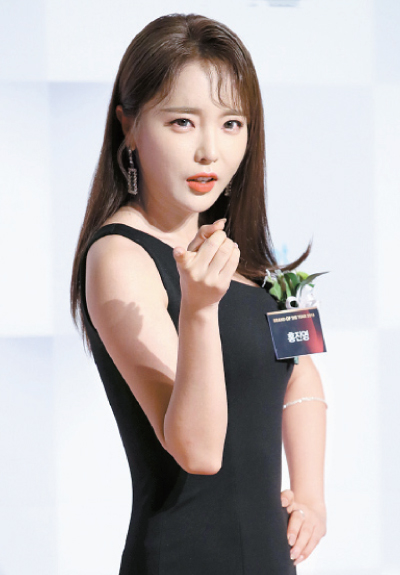 Trot singer Hong Jin-young will release her first full album next month, 10 years after making her debut in 2009.

“She recently finished filming her music video for her title track ‘Love Tonight’ and is currently preparing for her return to the stage,” her agency Music K Entertainment announced Tuesday.

The upcoming album, titled “Lots of Love,” is a gift to her fans who have supported her until this day.

Hong, who debuted with the single “Love Battery,” has not released any full-length albums. However, she has released slew of hits, including “Ring Ring” (2017) and “Good Bye” (2018).