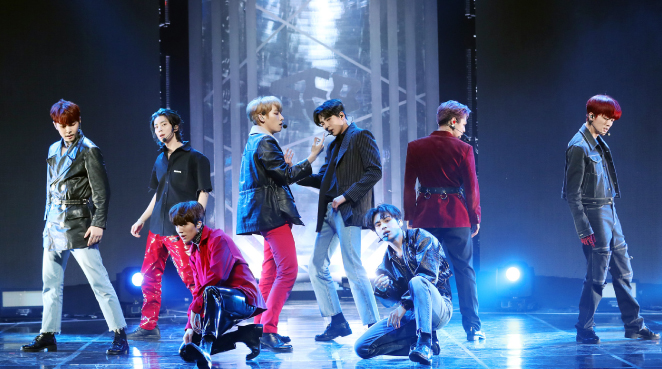 Boy band SF9 performs at a showcase on Wednesday at the K-Art Hall in Olympic Park, southern Seoul. The nine-member act released their sixth EP “Narcissus” on Wednesday, six months after their previous EP “Sensuous.” Members of the group have been active both in music and acting, including member Chani, who recently had a role in the popular JTBC drama “SKY Castle,” and Rowoon, who took part in the SBS drama “Where Stars Land.” The group made their debut in 2016 as FNC Entertainment’s first boy band. [NEWS1]