Lee Jong-suk is now the face of Ce&

Lee Jong-suk is now the face of Ce& 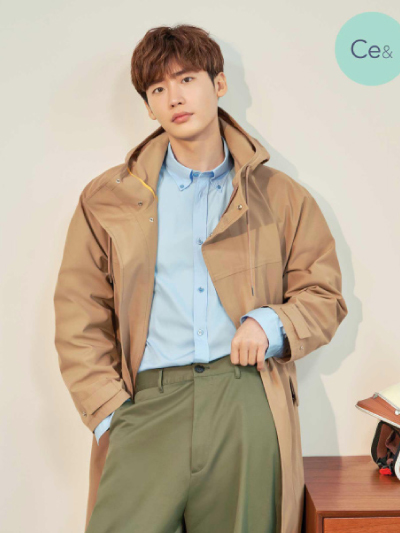 The brand announced Wednesday that Lee’s “soft and elegant look” fits the image of the brand. The brand is well-known for designing casual and classy clothes, each season reflecting on a particular theme, such as “cats” and “music.”

Ce& also collaborated with the currently airing tvN series “Romance is a Bonus Book” and designed some of the clothes Lee wears in the series.

Although Lee is best known as an actor, he made his debut as a model in 2005. In 2010, he made his first appearance as an actor on the SBS series “Prosecutor Princess” and gained fame through several hit series including the KBS drama “School 2013,” SBS’s “I Can Hear Your Voice” and MBC’s “W.”