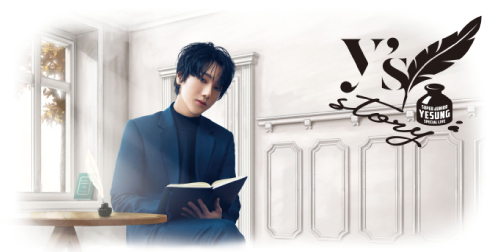 Singer Yesung of boy band Super Junior has begun his travels around Japan to perform for his fans across the country.

Yesung kicked off his Japanese concert tour “Y’s Story” on Wednesday with a concert in Fukuoka, and will make his way to Osaka to stage two concerts on Feb. 27 and 28. Those shows will be followed by two more concerts in Nagoya on March 6 and 7, and then he will end his tour in Tokyo on March 13 and 14.

Performing a total of seven concerts, this is Yesung’s third solo concert tour in Japan. His Japanese fans previously welcomed him on his previous tours, “Books” in 2016 and “Y’s Song” in 2017.

Wednesday also marked the release of the singer’s first Japanese album, “Story.” The album features his jazzy lead track “Because I Love You” and 10 other tracks that include a diverse range of music, from ballads to dance music.

His album is available through local music streaming services.