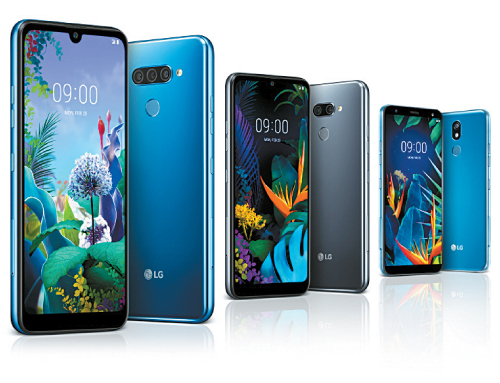 The company said Wednesday that the LG Q60, K50 and K40 will be presented at the world’s largest showcase of mobile devices that kicks off in Barcelona, Spain, next week. Compared to the premium V50 and G8 models that are due to be introduced at the same event, the three will come with cheaper price tags in order to offer a wider choice for different customers.

LG unveiled budget models every year at MWC, but the newly developed phones for 2019 come with AI features that used to only be included in the company’s high-end devices. All three models work with Google Assistant and include an AI-powered camera that can determine the best brightness and color contrast for photos.

The Q60 comes with three lenses, two of them on the back, another feature typically only seen in high-end phones.

Another focus was put on the displays. The LG Q60 and K50 have 6.26-inch screens, putting them on par with the iPhone XS Max and Samsung Note9 in size. The screens take up most of the front of the devices and wrap around the front-facing cameras at the top of the phone. This design, intended to maximize the front display, has never been seen in LG’s budget range before. The display for the K40 is smaller at 5.7 inches.

The battery capacity for the Q60 and K50 is 3,500 milliampere per hour, while for the K40 it is 3,000 milliamperes per hour. All of them support 4G LTE connection

The audio quality has also improved. LG installed the DTS:X audio system that makes sound more 3-D when watching videos or games. This means the audio is more aligned with object’s location and movements shown on the screen.

LG’s three budget models are targeted to expand the company’s foothold in the market, particularly in Europe, South America and India, where demand for phones in the mid- and low-price segment is high. The high-end V50 ThinQ, which will support 5G connectivity, and the G8 ThinQ for the 4G LTE network will compete in markets where premium models are popular, like Korea and the United States.

The company did not reveal which devices will release in Korea, but ones released are most likely to be sold here for less than 400,000 won ($356).