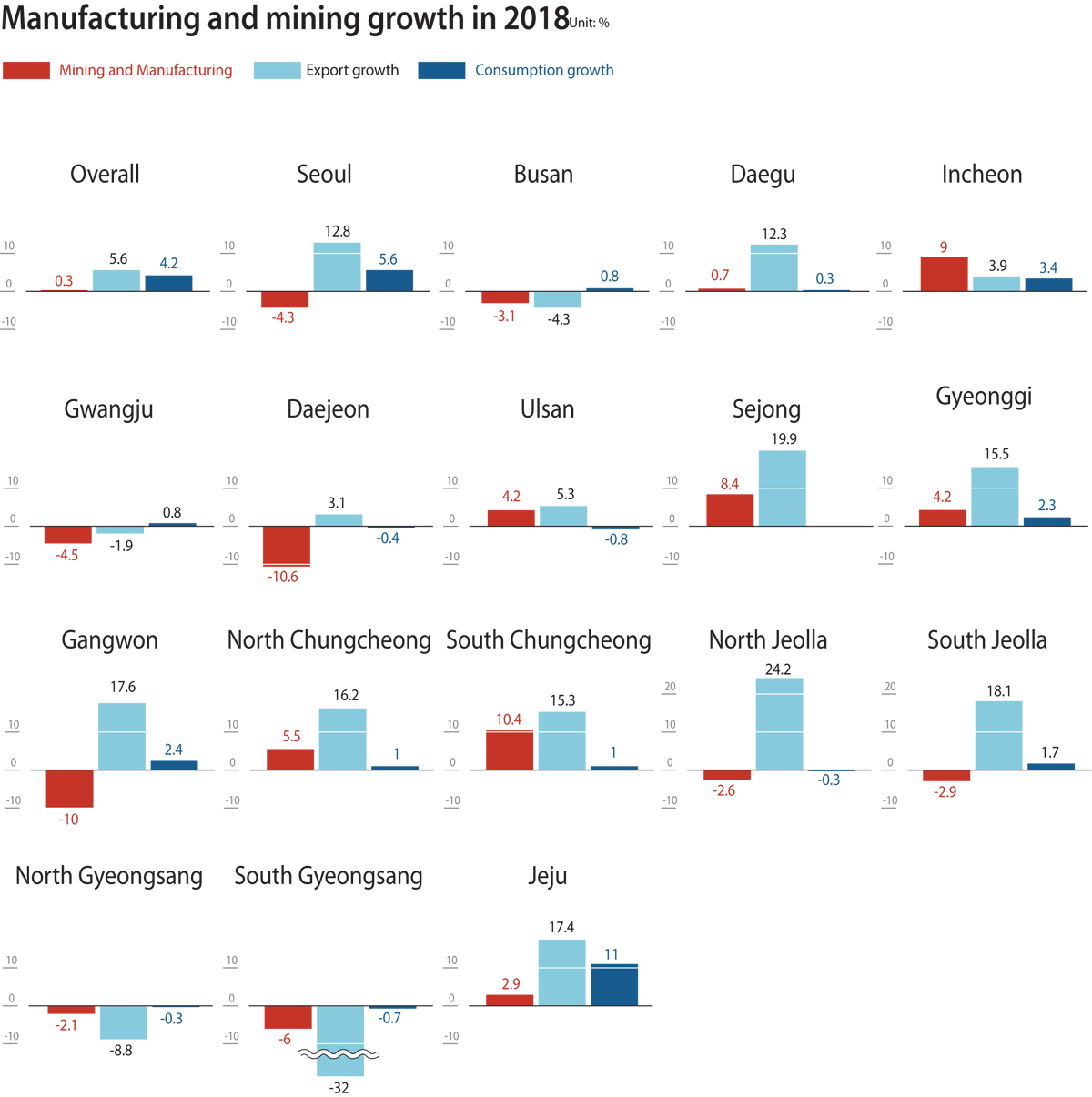 Trouble in Korea’s Rust Belt has been confirmed once again, this time in annual statistics.

They show that regions with struggling traditional industries continue to do poorly, with some recording unemployment rates rising at the fastest pace since the relevant data was first compiled in 2000.

According to a study released by Statistics Korea Wednesday, manufacturing and mining activity in North and South Gyeongsang declined last year.

In South Chungcheong, these sectors grew at the fastest pace, at 10.4 percent, while they expanded 9 percent in Incheon.

The government’s statistics agency attributed the sharp growth in these two regions to demand for machinery and electronic parts.

The dire situation in Gyeongsang, which is located on the southeast of the peninsula, is borne out in the export figures as well.

Such sharp drops in exports, and the declines in manufacturing and mining production, have also affected consumption, with more people cutting back.

Last year, consumer spending in Ulsan fell 0.8 percent, while in South Gyeongsang, it dropped 0.7 percent, a stark contrast to the national average of 4.2 percent growth.

Unemployment has been on the rise. In Ulsan, it was 4.6 percent, up a full 1.1 percentage points. In North Gyeongsang, it was up 1.3 percentage points to 4.1. These are the sharpest year-on-year rises in these areas since the government began compiling the data.

“The rise in the unemployment rate in Ulsan seemed to have been affected by the restructuring in shipbuilding and the automotive industry, while in North Gyeongsang, the weakening of major industries, from mobile phones to display making, are considered the main reasons,” a statistics agency official.