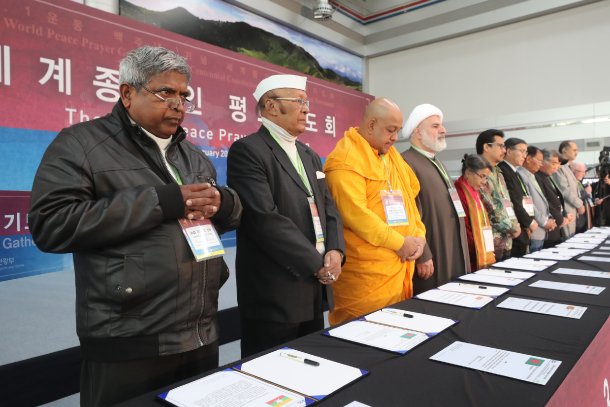 Religious leaders and historians from Korea and overseas hold a joint prayer meeting at Dorasan Station in Paju, Gyeonggi, Wednesday to pray for world peace. The World Peace Prayer Gathering, organized by an association of South Korea’s seven largest religions, was also intended to commemorate the 100th anniversary of the March 1 Independence Movement against Japan’s colonial rule of Korea. [YONHAP]