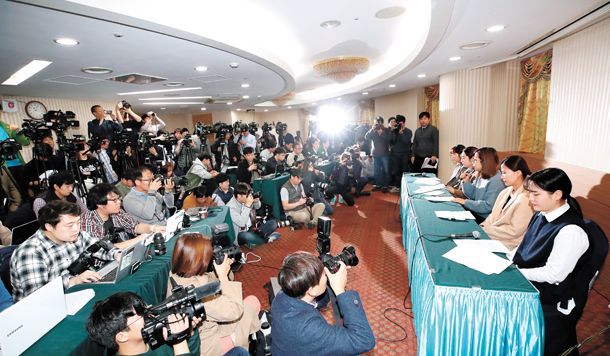 The Korean curling world was rocked in November last year when Olympic silver medalists Team Kim published a 14-page long letter revealing that they had been mistreated by their coaches. 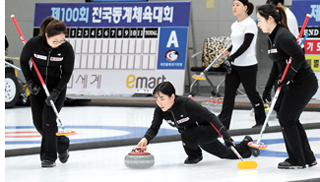 In the letter to the Korean Sport & Olympic Committee (KSOC) in November, Team Kim, responsible for putting Korean curling on the map just a few months earlier during the PyeongChang Olympics, claimed that they had been exploited by coach Kim Min-jung, her father Kim Kyung-doo and her husband, Korean mixed doubles head coach Jang Ban-seok.

Team Kim claimed that they were verbally abused by the coaches, who tried to “privatize” the team and give them unreasonable orders. They also questioned whether prize money had been withheld from them.

Following the shocking announcement, KSOC and the Sports Ministry launched a joint investigation, finally ruling in favor of Team Kim on Wednesday.

“I feel relieved that what we said in our letter has been declared true as the result of the investigation,” said Kim Young-mi in a statement released by Team Kim’s agency, Bravo & New.

After a five-week probe, the ministry found that most of the claims the curlers made were proven to be true. Team Kim is owed a total of 93.87 million won ($83,400), including money from sponsors and funds received in donations. The coaches were also found to have taken 30.8 million won of prize money that the team won.

About 19 million won worth of funds provided for the team’s offseason training in foreign countries and housing expenses were found to have been misappropriated by the coaches.

Aside from the financial issue, the Sports Ministry also announced that the Kim family’s improper hiring procedures were also found to be true.

“We were just curious about the prize money,” Kim Eun-jung said. “But we never imagined that this much had been unreasonably taken away [from us]. We were very surprised.”

Team Kim didn’t forget to thank fans for their support. With the investigation ongoing, Team Kim returned to the curling sheet this month at the national winter championship. Although they didn’t win gold, they still had a podium finish, picking up silver.

Team Kim will now train for the upcoming national team qualifier in July. Currently, the team’s famous skip Kim Eun-jung is not competing as she is pregnant. Instead of Kim Eun-jung, Kim Kyeong-ae is playing as skip.

“We are thankful to the fans who continuously cheered us,” said Kim Yeong-mi. “Starting now, I hope we have only good things happening ahead of us.”

Team Kim made a name for themselves during the Olympics when their Cinderella story captured the hearts of viewers around the world.

Kim Eun-jung, in particular, quickly became a fan favorite, thanks to her stoic game face and skill with the curling stone. Her fashionable glasses and emphatic yells of “Yeong-mi” - an attempt to encourage, or perhaps scare, her lead - proved to be perfect meme material, and the team quickly jumped to the top of social media trending lists.

But it wasn’t just the underdog story that attracted fans. The sportsmanship and team spirit the players displayed whenever they took to the curling sheet only boosted their popularity.

With Russia noticeably absent due to a huge doping scandal and a few instances of unsportsmanlike behavior on the ice rink, spectators were quickly drawn to Team Kim’s good-natured approach to the Games.

Team Kim’s silver medal is still considered one of the biggest upsets of last year’s Olympics. The team’s achievement changed the face of the sport in a country that, until last year, was almost completely unaware of its existence.