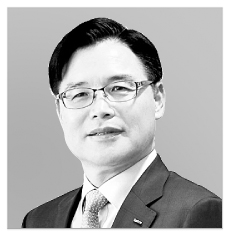 Kwon Pyung-oh
The author is president of the Korea Trade-investment Promotion Agency.

Indian Prime Minister Narendra Modi will visit Korea on Feb. 21 and 22. With a general election scheduled in early May, it is currently a busy political campaign season and the visit shows India considers Korea an important economic partner. In fact, when Modi was chief minister of Gujarat in 2001, he frequently mentioned Korea as a development model India should learn from. This is his second visit.

Whenever I visit India, I witness the dynamic development of the country. India has the second largest population in the world after China, with more than 1.3 billion people. Based on the abundant labor capacity, India is a promising manufacturing base and future consumer market. Every month, the production population grows by 1.3 million and the average age is just 29.

What attracts just as much attention as the market potential is Modi’s strong reform drive. NITI Aayog, established in 2014, is leading the drafting of a national development roadmap. Reform on overall administrative areas is promoted. Thanks to these efforts, the World Bank moved India from 130th in 2016 to 77th in 2018 for improved business environments.

To preoccupy opportunities amid changes, the eyes of the global economy are on India. Since 2014, foreign direct investment in India is over $40 billion every year. Major businessmen from around the world, including Facebook founder Mark Zuckerberg, are visiting India.
Korea’s neighbors have already moved into the Indian market and expanded their influence. Japan entered the market in the 1980s and enjoys an advantage. More than 5,000 companies are operating and aggregated investment amounts to $29.2 billion since 2000.

Japan has an ambitious plan to propose a 1,500-kilometer (932-mile) Delhi–Mumbai Industrial Corridor Project plan and offer half of the $90 billion cost. I am scared. 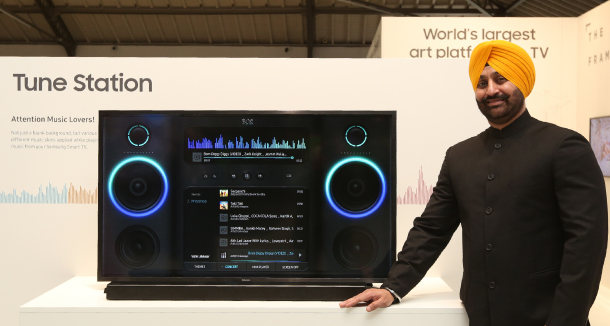 At the Samsung Forum 2019 in Porto, Portugal, on Feb. 19, a model shows off a television tailored for the Indian market. [NEWS1]

China has been increasing India’s import market share from 11 percent in 2011 to 16 percent in 2017 with electric and electronic products. Economic exchanges have been active and China is promoting industrial complexes exclusively for Chinese companies in Gujarat and other regions.

At this juncture, Korean companies’ perception and efforts for the Indian market are lacking, considering the potential. Korea’s investment in India is 15th — $514 million in 2017, which accounts for only 9 percent of what Japan invests in India. Only 500 Korean companies are operating in India. Trade volume between Korea and India was $21.5 billion last year, very small considering the economic sizes and potential of both countries.

Last July, it was agreed in a summit that trade would be expanded to $50 billion by 2030, but special efforts to increase economic cooperation through trade and investment is necessary.

With the Modi government’s “Make in India” policy, Korea’s position as a manufacturing partner must be emphasized. A strategy to actively join the value chain of existing global companies in India in automobile, electric and electronic and semiconductor industries is needed.
Start-ups with competitive technology or ideas should consider India. India is known for advanced math and IT. As the third largest start-up market in the world, India has more than 22,000 start-up companies and more than 14 unicorn companies, with more than $1 billion in market value.

The outstanding start-up ecosystem in India will offer great opportunities for Korea. Kotra plans to aggressively support Korean start-ups’ advancement in India and job creation through a Korea-India start-up hub with a partnership with Invest India.

Most of all, Korea has the task of diversifying a market heavily dependent on the United States and China. The Korean government’s new southward policy and new northward policy have this goal in mind.

Looking 10 to 20 years into the future, we must not delay expanding to India, a land of opportunities.
Translation by the Korea JoongAng Daily staff.