LEE GA-YOUNG
The author is deputy social team editor of the JoongAng Ilbo. 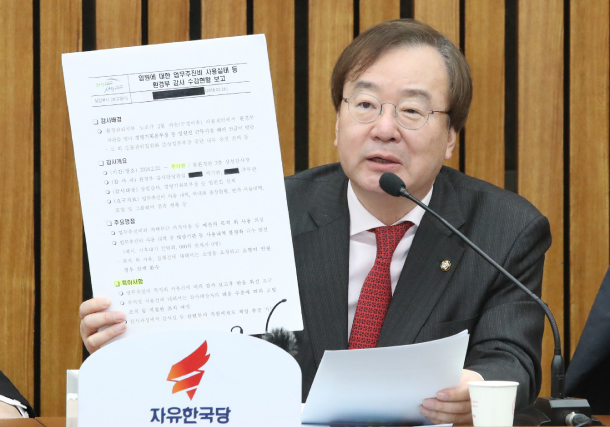 Lately, the Seoul Eastern District Prosecutors’ Office has been “hot.” The spotlight that shone on Seocho-dong, southern Seoul, for two years has shifted to Munjeong-dong, also southern Seoul, because of allegations over the so-called environmental ministry blacklist.

The case originated from former Blue House inspector Kim Tae-woo’s exposure, because he is being sued by the Blue House and other agencies for 10 different cases. He exposed documents detailing the terms and resignations of 24 executives at eight agencies under the Ministry of Environment. The ministry said they were not reported to the minister and vice minister. The Blue House also denied the allegation, saying that there is no DNA for civilian surveillance in the Moon Jae-in administration.

However, the Eastern Prosecutors’ Office — which raided the Environmental Ministry and former Minster Kim Eun-kyung, and summoned Vice Minister Park Chun-kyoo and Minister Kim — concluded differently. A document about executives in the subsidiaries was found in a folder titled “To be reported to the minister” on a computer in the Ministry’s Inspection Department. Kim was banned from leaving the country, and a statement was obtained that a selection was canceled when a figure wanted by the Blue House did not make it.

The case is noteworthy for two reasons. During the Park Geun-hye administration, many high-level officials were found guilty and received prison terms for blacklisting anti-government cultural figures. On Feb. 20, the Blue House spokesman, Kim Eui-kyeom, said the use of “blacklist” should be discontinued since the appointment policy of the current administration is clearly different from the previous one. Yet prosecutors found a list was made and resignations were encouraged. I don’t understand which part is clearly different. It is a serious moral hazard if the new administration followed the major crimes of the previous administration.

Secondly, the case surfaced less than two years into the Moon administration. The prosecutors, especially the central prosecutors’ office, focused on investigating deep-rooted social ills. A former president and a former chief of the judiciary are in custody. Yet the investigation was on powers of the past. As such, it wouldn’t have been so hard to collect evidence and gain cooperation for investigation. With President Moon’s approval rating nearing 50 percent, investigating the Blue House’s alleged involvement seems different from investigating that of a previous president.

For these reasons, the alleged Ministry of Environment blacklist investigation of the Eastern District Prosecutors’ Office is important.