SK’s Chey may resign from Holdings board

SK’s Chey may resign from Holdings board

SK Group Chairman Chey Tae-won will likely resign from the board of the group’s holding company SK Holdings in a bid to increase transparency in its corporate governance, industry sources said Thursday.

Chey has been both the chief executive and board chairman at the holding unit. He’s likely to leave the board chair position when his term ends in March but will still keep the CEO title and focus on managing the company.

The decision is expected to be discussed at an upcoming board meeting scheduled on March 5.

The move is seen as an attempt to separate the role of managing the company and overseeing management to adopt a more transparent corporate governance structure. It is one of the major focuses under the Moon Jae-in administration and the Fair Trade Commission to make chaebol improve their corporate governance system. 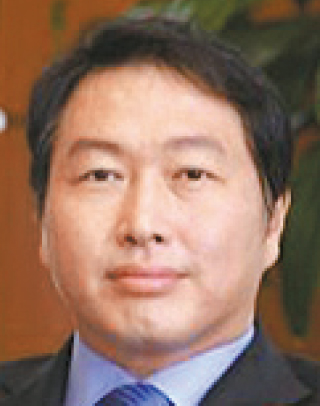 Last year, the fair trade agency touted the example of Samsung Electronics and Samsung C&T separating the CEO and board chair positions as a model example of improving corporate governance.

Some industry sources say that having an independent board will make SK more attractive to foreign investors.

Once Chey steps down, an outside director is expected to take his role. Candidates rumored to be considered for the seat include Yeom Jae-ho, president of Korea University, though he built his career mostly in the academic sphere rather than in business.

Responding to media reports on the possible move, an SK Group spokesperson said, “Choosing candidates is the board’s responsibility,” adding that nothing regarding the matter is fixed until discussions take place at the board meeting next month.