The daughter of the former North Korean acting ambassador to Rome, Jo Song-gil, was repatriated to Pyongyang after Jo and his wife disappeared early last November, the Italian Foreign Ministry said on Thursday.

Concerns abound among Italian politicians and activists that the 17-year-old girl, who is reportedly disabled, may have been taken back to North Korea against her will before she could join her parents in hiding. 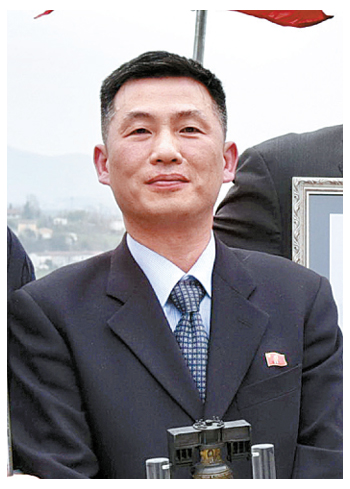 The whereabouts of Jo and his wife are currently unknown, but some reports say they remain in Italy under protection from its government as they seek asylum in another western country, which some sources say is the United States.

If Jo Song-gil’s daughter was “kidnapped by North Korean intelligence [agents] in Italy, it would be a case of unprecedented gravity,” said Manlio Di Stefano, Rome’s undersecretary for foreign affairs.

Italian Foreign Minister Enzo Moavero Milanesi said his ministry was currently verifying the case. The ministry later released a statement saying that the North Korean Embassy in Rome said the daughter returned home on Nov. 14 after she requested to be with her grandparents in North Korea.

The news that the girl may have been snatched by Pyongyang officials was first raised on Wednesday by Thae Yong-ho, the North’s former deputy ambassador to the United Kingdom. Thae currently lives in Seoul and is one of the highest-ranking defectors from the regime.

“At the time [right before Jo’s disappearance], the North Korean Embassy in Rome judged Jo’s actions as suspicious and immediately ordered one of their diplomats to accompany his daughter back to Pyongyang via a flight through Beijing,” Thae said. He said that he had first heard of this from a colleague and verified the news through various channels throughout last month.

As is well documented in Thae’s memoirs published in Seoul last year, Pyongyang often forces its diplomats dispatched abroad to leave at least one of their children in the capital to use them as leverage to discourage its envoys from acting independently in foreign countries.

Jo’s daughter, according to Thae, was attending high school in Rome. A member of the Italian parliament, Antonio Razzi, told a local newspaper on last month that Jo likely chose to defect for his children’s education. In Thae’s own case, as highlighted in his memoir, the primary motivation for his family’s defection in 2016 was Pyongyang’s order that his eldest son be repatriated back home.

Thae added that this news has dashed hopes that Jo and his wife could be granted asylum in South Korea, since doing so could invite repercussions by Pyongyang against their daughter.

Thae said both he and a civic group in South Korea pushing for Jo to receive asylum in Seoul would no longer pursue the cause.