How the judges lost trust

How the judges lost trust

LEE DONG-HYEON
The author is the deputy industrial team editor of the JoongAng Ilbo. 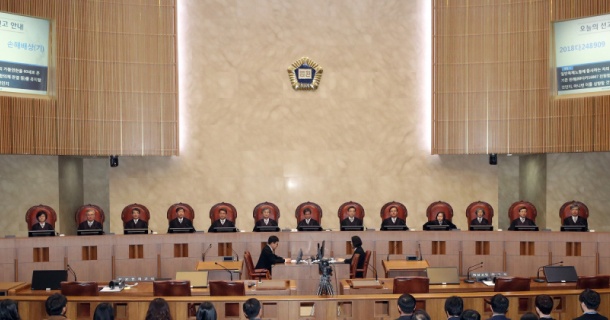 “Let’s say there are 3,000 people who were at the top of their class. If they were ranked, who would admit that he or she is last? That’s how hard it is to evaluate judges. I am talking about this because I am worried that the judges who lead investigations into the judiciary are retaliating for bad evaluations in the past or not getting a good position,” said lawyer A, who had been a high-ranking judge.

“Independence of the judiciary is the core of the 1987 Constitution. Until then, the judiciary was a puppet of the administration. So the chief justice was given the power to nominate Supreme Court justices and Constitutional Court justices and appoint judges. Then what happened? He became a ‘monster’ working only for the safety and comfort of the organization. It was given independence from power but became power itself,” said lawyer D, a former judge.

These are comments from former judges I had met with or talked to in the past month. A and C are considered conservative, and B and D are liberal. At first, I wondered how they saw the same case so differently.

But as I brood over their words, I have come to understand why the judiciary has lost the confidence of the people.

The judges are not elected, but they were given power because people hoped they would be the last fortress for justice and human rights. They must not only care about the security of its own organization but also not be swayed by personal greed.

Kim Byeong-ro, the first chief justice of the Supreme Court, said, “If a judge is suspected by the people, it will be the greatest disgrace. It is more honorable to die of hunger for justice than to commit a wrongdoing. A judge must be an “advocate of justice” until the end.