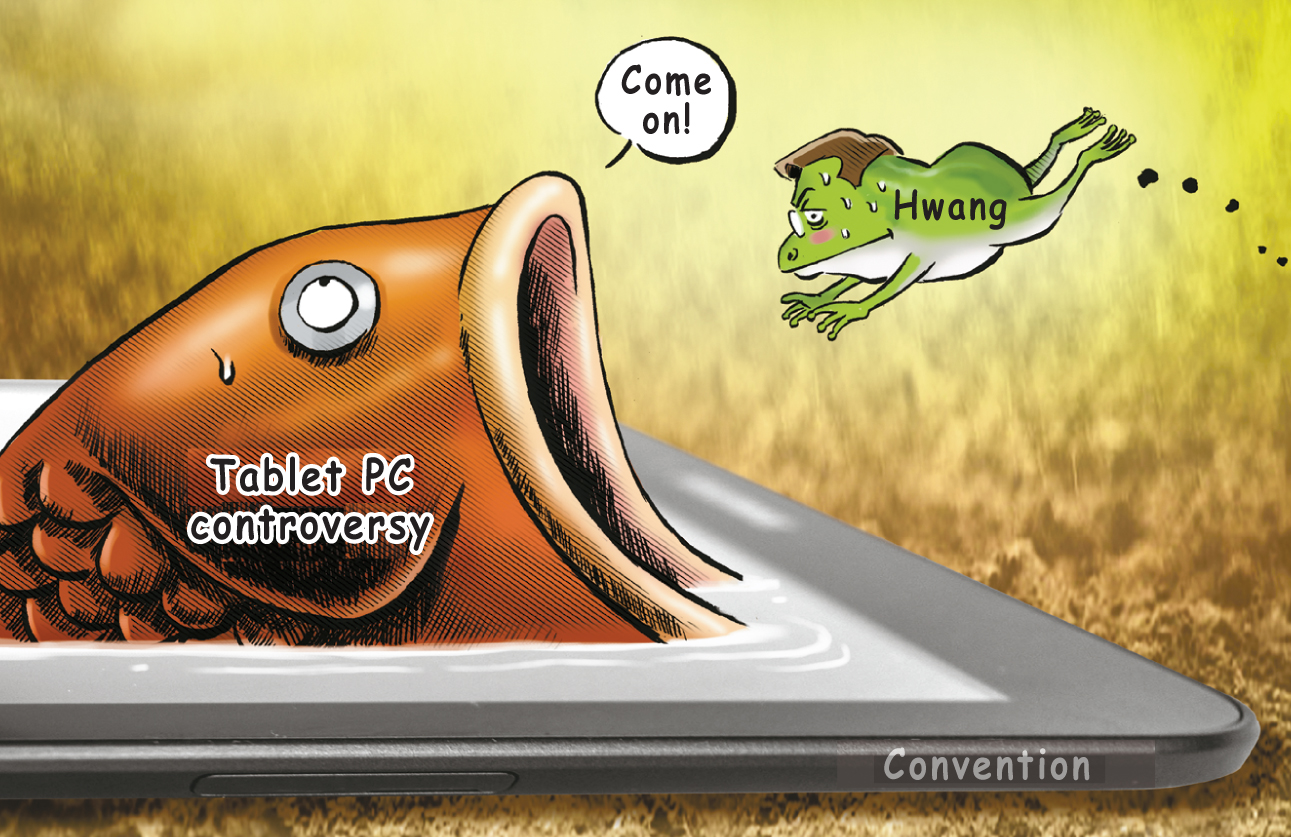 Bombshell remarks by Hwang Kyo-ahn, former prime minister in the Park Geun-hye administration and a contender for the chairmanship of the Liberty Korea Party, are sucking up all other talking points ahead of the main opposition’s national convention to pick its new leader, slated for Wednesday. In the race for the chairmanship, Hwang said he believed Choi Soon-sil’s tablet PC was tampered with. Park’s fall from grace began with a JTBC report on the tablet, which showed Choi’s massive influence-peddling on the administration.