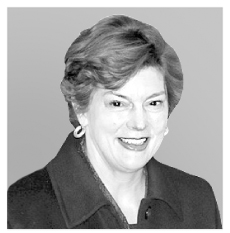 
It is mid-February. In Washington, the transition from the old year to the new was interminable and unpleasant: The federal government, budgetless, shut down before Christmas and didn’t reopen for a record-shattering 35 days. A “polar vortex” of Arctic air broke cold weather records in the Midwest. The U.S.-South Korea talks on military burden-sharing stalemated.

Happily, Lunar New Year gave us a second crack at a fresh start for 2019. We welcomed warmer weather, donned our hanbok and ate dduk-kuk, and heard President Trump in his shutdown-delayed State of the Union address announce that his long-teased second summit with Kim Jong-un will happen in Vietnam February 26-27.

This second summit won’t get the same stratospheric attention in the U.S. as the first did, though interest remains high, along with skepticism. Americans uniformly express relief that war was averted on the Korean Peninsula last year, though their views on whether Trump’s role was more to stoke or reduce tensions is influenced by how they view this brash, norms-shattering Commander in Chief about whom no one is neutral.

The Trump administration has been prickly in pushing back against the notion that the Singapore summit was ill-prepared, the joint statement disastrously vague, and the follow-up a failure. The January 29 Director of National Intelligence (DNI) report to the Congress assessing that Pyongyang was “unlikely to give up all of its WMD stockpiles, delivery systems, and production capabilities” enraged Trump, who insists that North Korean leader Kim Jong-un’s economic ambitions for his country, combined with Trump-Kim personal chemistry, makes an historic “great deal” on denuclearization attainable.

There are lots of reasons for doubt, or at least caution, and we see it voluminously outlined in opinion pages and expert analyses in both our countries. But for all the skepticism about North Korean and for that matter Trumpian intent and capability, and for all the past decades of failure, I remain convinced that diplomacy, backed by continued deterrence and defense, remains the right path forward.

It was encouraging to hear U.S. Special Representative for North Korea Stephen Biegun tell a Stanford audience recently that he was listening to — and learning from — those involved in past efforts, from the Agreed Framework to the Six Party Talks to the range of inter-Korean engagements. The North Koreans know this history well, as do others in the region. American negotiators need to know it, too.

A longer-term, broader perspective on what are the likely outcomes of this kind of process is also needed. I get that not just from studying the history of the nuclear issue, and of Korea itself, but in looking at other parts of the world. Every situation is different, but from own experience in Northern Ireland and the Balkans, I think there is something to be learned — and encouraged by — looking at other troubled regions of the world with decades (or centuries) of painful attempts at ending conflict.

I was involved in the Northern Ireland peace process for much of the 1990s, first working from the State Department and the White House, and then for three years, 1995-1998, leading the U.S. official presence in Belfast.

The short version of the story is this: Paramilitary ceasefires (1994) followed by negotiations (1995-1998) followed by the Good Friday Agreement (GFA) of 1998. End of story. The Troubles over. Peace and reconciliation achieved.

In fact, at virtually every stage, and even now, decades later, progress has been fitful, often reversed, and never easy.

I was the State Department officer in charge of U.S.-UK relations in 1993 when U.S.-UK relations hit a modern low (as my colleagues sometimes teased me, “the worst since the British sacked the White House in the War of 1812); President Clinton, over the objections of his entire Cabinet, and the British Prime Minister, approved a U.S. visa for Sinn Fein leader Gerry Adams, whom the British — and U.S. visa law — regarded as a terrorist. Even after the IRA and other paramilitary groups declared ceasefires, the Northern Ireland Unionists and the British insisted that they declare the ceasefires “permanent.” They also insisted the paramilitaries, notably the IRA, disarm before negotiations begin. The other side refused, and the peace process seemed stillborn yet again.

Ten weeks after the first-ever U.S. Presidential visit to Northern Ireland, where Clinton exhorted all to take “risks for peace” to build on the ceasefires, the IRA, angered over demands for “decommissioning,” broke its ceasefire with a bomb attack in London.

Negotiations finally got going after decommissioning was put on a separate track from the political negotiations. With this, talks got underway, involving the range of Northern Ireland parties, the UK, Ireland, a panel of international chairs, the EU, and frequent interventions from the White House. Continued eruptions of sectarian protest and violence complicated and sometimes stopped the talks.

But, finally, on Good Friday, 1998, an agreement was announced and put to the vote in Northern Ireland.

Within months, a splinter IRA group bombed the Northern Ireland town of Omagh.

Still, the GFA held, though full implementation took a decade and more. Full decommissioning of paramilitary explosive and arms stockpiles was a long, slow process, tied to verification requirements, and to negotiating further police reforms and other confidence building measures in Northern Ireland.

Today, the Good Friday Agreement is again threatened, this time by the implications of Brexit for Northern Ireland.

Up close, at any time over the past twenty-plus years, the prospects for lasting peace and reconciliation in Northern Ireland seemed dim, the process fragile. Stepping back, though, it’s clear that while the Good Friday Agreement is far from perfect, it worked and is working today as a bulwark against a return to the worst of the past, and it provides a framework for continuing to move forward toward peaceful reconciliation. In the meantime, the people of Northern Ireland — from all communities — and the surrounding region have reaped economic, social, and cultural benefits.

I was often skeptical about where U.S. engagement in Northern Ireland might lead through all the years I worked on it. As a diplomat I shared the worries that President Clinton was damaging our “special relationship” with the UK in his aggressive and unconventional courting of Sinn Fein. Living in Belfast for three years, I empathized with the long-suffering working-class people of both Protestant and Catholic communities who had lived in the shadow of violence for so long, and insisted there should be “No Surrender” those who had once espoused it.

Seamus Heaney, the 1995 Nobel prize recipient for poetry, was from Northern Ireland. When I had my fill of press reports, political speeches, and learned analyses, I turned to his insights about his native land. He had no time for false optimism, or the professional “cautiously optimistic” bromides of politicians and diplomats. But he did believe in “a people’s right at least to hope.” Here’s to hope — and to continued dialogue — in the year ahead.

On this side of the grave,

But then, once in a lifetime

Of justice can rise up

And hope and history can rhyme.